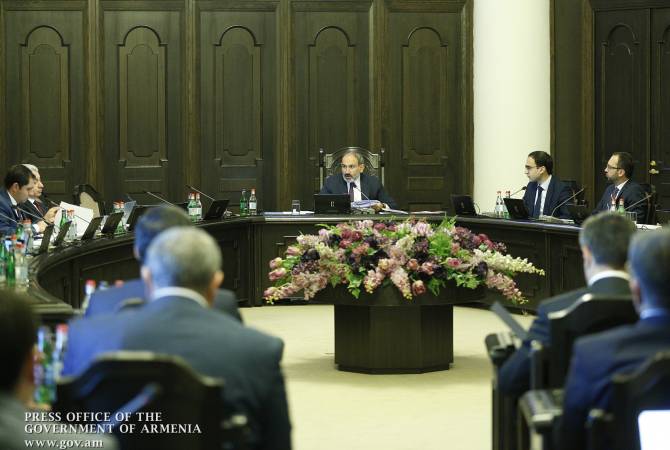 
YEREVAN, JUNE 27, ARMENPRESS. The Armenian government approved the draft on raising the minimum salary from 55.000 drams to 68.000 drams.

Deputy minister of labor and social affairs Gemofin Gasparyan presented the bill on making changes in the Law on Minimum Wages for the Cabinet’s discussion.

He stated that lawmakers Babken Tunyan and Varazdat Karapetyan propose to increase the minimum salary from 55.000 AMD to 63.000 drams. Gemofin Gasparyan added that a number of calculations have been made regarding the increase of the minimum salary based on the 4 methods used, but they have chosen an average number for the minimum wage – 68.000 drams. “Later, when this issue will be debated in the Parliament, we will work with our colleagues on the final package”, the deputy minister said.

Prime Minister Nikol Pashinyan stated that it’s important to understand what practical issue they are solving by raising the minimum wage, what it will change in the people’s life.