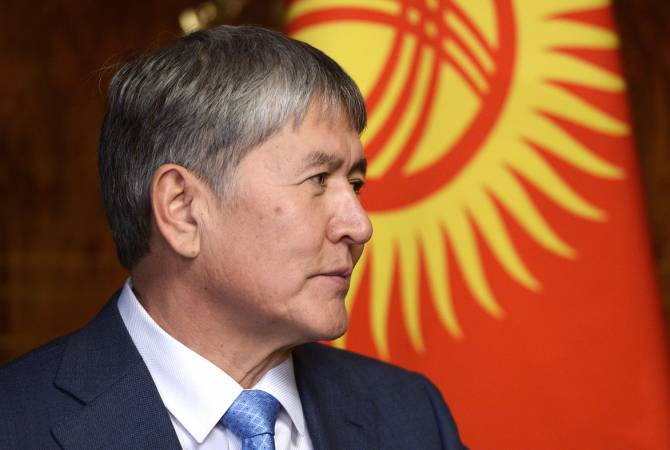 
YEREVAN, JUNE 27, ARMENPRESS. The lawmakers of the parliament of Kyrgyzstan on June 27 voted in favor of stripping former president Almazbek Atambayev of his immunity, TASS reported.

A total of 106 out of 120 lawmakers supported the decision.

According to the parliament’s commission on lifting the ex-president’s immunity, five charges have been pressed against Atambayev. The former president is suspected of corruption during the reconstruction of Bishkek’s thermal power station and illegal supplies of coal for it, the unlawful allocation of land and helping release crime lord Aziz Batukayev as well as obtaining a plot of land for building a residential house.

Atambayev, 62, served as Kyrgyzstan’s president in 2011-2017 and was the country’s first leader to leave office after his first term expired.