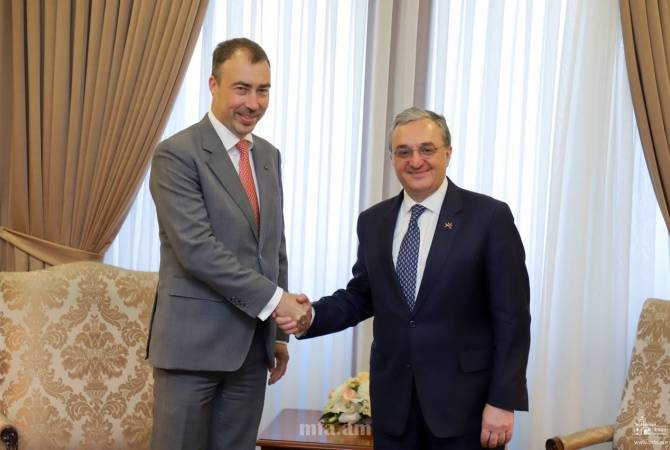 
YEREVAN, JUNE 27, ARMENPRESS. Foreign Minister of Armenia Zohrab Mnatsakanyan on June 26 received Toivo Klaar, EU Special Representative for the South Caucasus and the Crisis in Georgia and the delegation led by him, the foreign ministry told Armenpress.

The Armenian FM introduced the official on the recent developments over the peaceful settlement of the Nagorno Karabakh conflict and the details of the recent consultations held with the Azerbaijani foreign minister in Washington D.C. under the auspices of the OSCE Minsk Group Co-Chairs. Touching upon the escalation of the situation along the Artsakh-Azerbaijan line of contact in the period preceding the Washington meeting, the minister stated that such developments negatively affect the peaceful settlement process.

In order to move forward the peace process, the Armenian FM attached importance to the formation of environment contributing to peace and the strengthening of the ceasefire regime, implementation of actions aimed at reducing risks and ruling out the militaristic rhetoric.