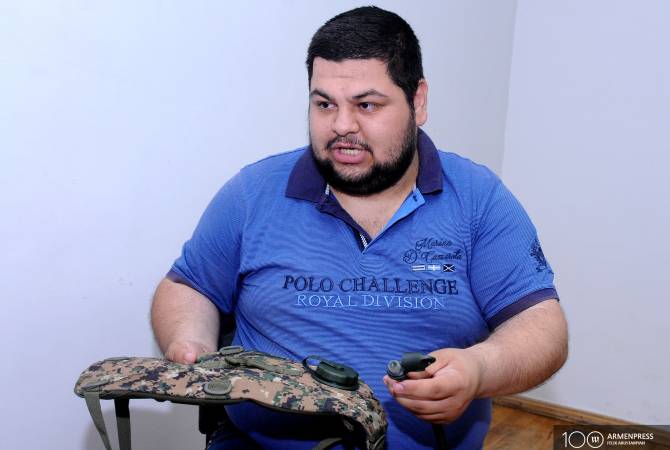 
YEREVAN, JUNE 24, ARMENPRESS. An Armenia-based NGO is donating hydration packs to the Artsakh military, and the second batch of the items has already been sent to servicemen in Talish.

For the Armenian Soldier NGO President Davit Torosyan told ARMENPRESS they organized a fundraiser for the first time in August 2018. “At that time we sent [hydration packs] in comparably lower quantities and only for reconnaissance units,” he said.

“This time we sent the hydration packs to Talish. We launched the fundraiser from January 28 2019, because it has already become a tradition for us to mark such memorable days by helping the army,” Torosyan said, referring to Army Day, January 28.

He said they were able to acquire 450 hydration packs thanks to the active support of the society. They chose Talish because of the village’s dry climate.

The hydration packs are covered in military camouflage and have a capacity of 3 liters. Torosyan says they bought the water packs from China.

“The cargo arrived in Armenia on May 31st, and our next step was to take it to Artsakh. Thanks to the rapid response of the Artsakh’s military we acquired the required permits and the hydration packs reached the frontline on June 3,” he said.

According to him the hydration packs are a more convenient alternative for standard water containers in terms of capacity and temperature preservation.