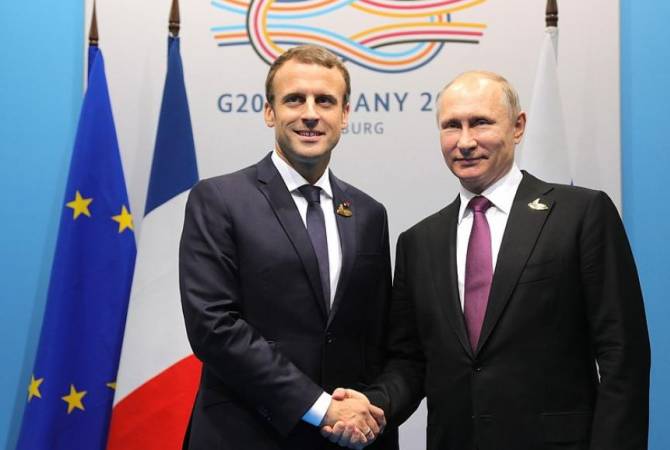 
YEREVAN, JUNE 26, ARMENPRESS. French President Emmanuel Macron is planning to hold a bilateral meeting with his Russian counterpart Vladimir Putin on the sidelines of the G20 summit in Osaka, Japan on June 28-29, the Elysee Palace press service told TASS.

“We confirm that the President of the Republic will hold bilateral meetings with Indian Prime Minister Narendra Modi, Chinese President Xi Jinping and Russian President Vladimir Putin”, the Elysee Palace pointed out. "Other negotiations will be organized as well, which we will be able to confirm in the near future”, the press service added.

Earlier on Wednesday, Macron told a press conference with Japanese Prime Minister Shinzo Abe in Tokyo that a number of topics are planned to be discussed, particularly the issues of international trade, relations between the Unites States and China and climate change issues. The French President is also planning to continue discussions of the Iranian nuclear program and regional crises.