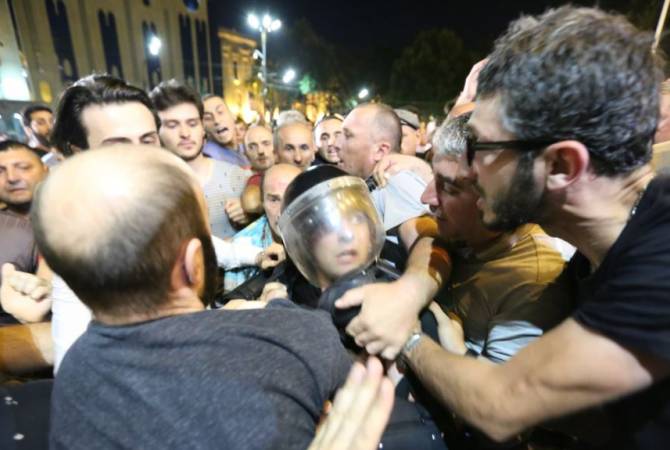 
TBILISI, JUNE 26, ARMENPRESS. Ethnic Armenian, citizen of Georgia Davit Grigoryan has been injured during the June 20-21 clashes in Tbilisi, the Armenian Embassy in Georgia told Armenpress.

The Georgian citizen of Armenian origin suffered injuries to the head. He has undergone a surgery. Currently Davit Grigoryan is in stable condition.

“The diplomats of the Armenian Embassy in Georgia visited the hospital to be informed about the situation of the victim. The Embassy is in constant contact with the doctors and will make announcements about Davit Grigoryan’s health condition”, the Embassy said.