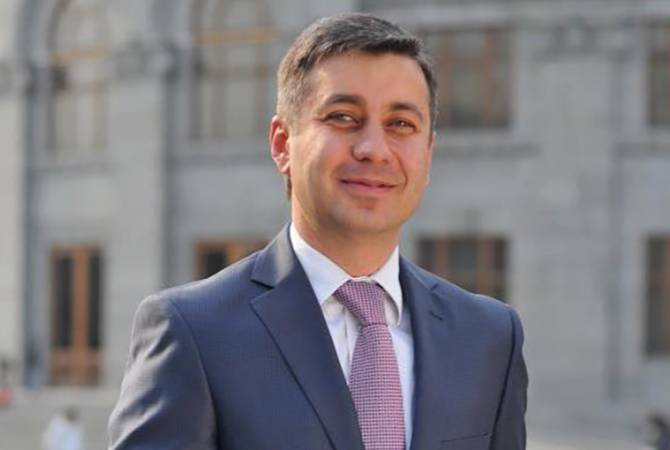 Asked by ARMENRPESS to comment on Kocharyan’s statements made during the interview, Karapetyan emphasized that the former president should had given broad explanations to the public how his family became millionaires and how this relates with the fact of having been a high-ranking official having obligations before the people.

“How did 18,000,000 dollars appear on his son’s bank account starting from the period of time when Kocharyan was the leader of Armenia. Mr. Kocharyan is not addressing these questions and I believe law enforcement bodies must scrutinize this matter.

In regard to a number of claims made by him, one must hope that Mr. Kocharyan doesn’t mean that a man having contributions in the Artsakh Liberation War can have a privilege of being corrupt, shooting at his own citizens or ordering so.

I also believe that it is a historically recorded fact that Robert Kocharyan had found the option of surrendering Meghri and liberated territories to Azerbaijan for an indefinite NK status to be acceptable. At least no convincing denial has been voiced in response to detailed eyewitness accounts.

Regarding Prime Minister Pashinyan’s attitude for Artsakh, I think the fact that Pashinyan’s only son is serving in the Artsakh military gives an idea about it. Something none of Kocharyan’s two sons has done.”