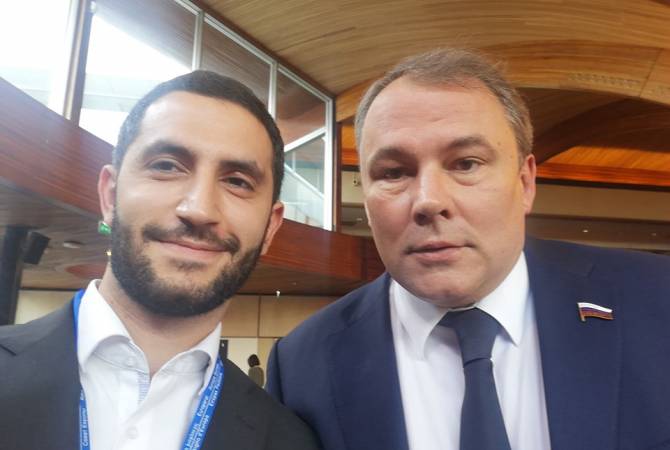 
YEREVAN, JUNE 25, ARMENPRESS. Head of the Armenian delegation to the Parliamentary Assembly of the Council of Europe (PACE) Ruben Rubinyan says his vote at the organization’s session concerning Russia was counted as against due to technical reasons. He says he has made a statement in this regard during the PACE plenary sitting and it will be included in the record.

In Strasbourg, France Rubinyan also met with head of the Russian delegation Piotr Tolstoy and Leonid Kalashnikov, the head of the committee on Commonwealth of Independent States Affairs, Eurasian Integration and Relations with Compatriots at the State Duma of the Russian parliament.

“Let me also inform that during yesterday’s vote my vote was recorded as against instead of in favor due to technical reasons, and in this regard I made a statement today during the PACE plenary session and my statement was attached to the session’s record,” Rubinyan said.

Apparently responding to media rumors, Rubinyan emphasized that no problems whatsoever have occurred between the Armenian and Russian delegations.