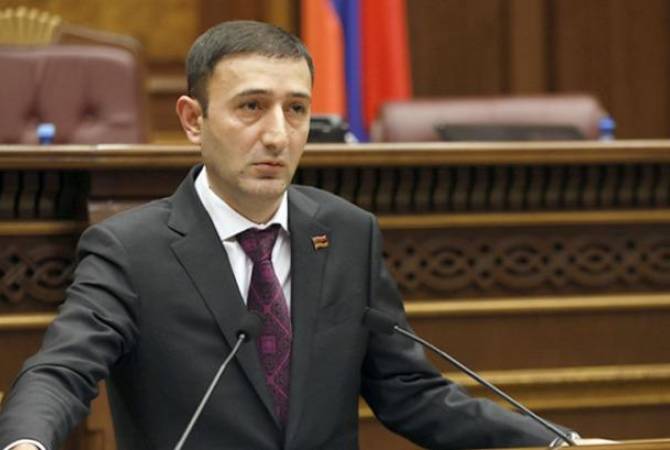 
YEREVAN, JUNE 25, ARMENPRESS. Ruling My Step Alliance MP Babken Tunyan has expressed surprise over opposition lawmakers’ contradicting approach regarding the Tax Code amendments bill, whereby the latter are actively working with the ruling faction to develop the package but then announce intentions to vote it down.

Speaking in parliament during the second hearing of the bill Tunyan urged the opposition to view the draft law globally and not focus on individual details.

“This tax code is obviously far better than the current one. I am sure that you share my opinion. We are now saying – let’s make a step forward and then we will go for more global changes, you are saying – no, because this doesn’t ensure leap growth, you are against,” Tunyan said, adding that businessmen are impatiently waiting for the adoption of the new tax code. “But the strangest part fo me is that you all have worked with us intensely,” he said.

He urged lawmakers to vote in favor the amendments because the proposed changes are “several steps ahead that the current one”.

The Tax Code bill was amended in between the first hearing and today’s final hearing. However, the opposition Prosperous Armenia announced it is still going to vote it down.