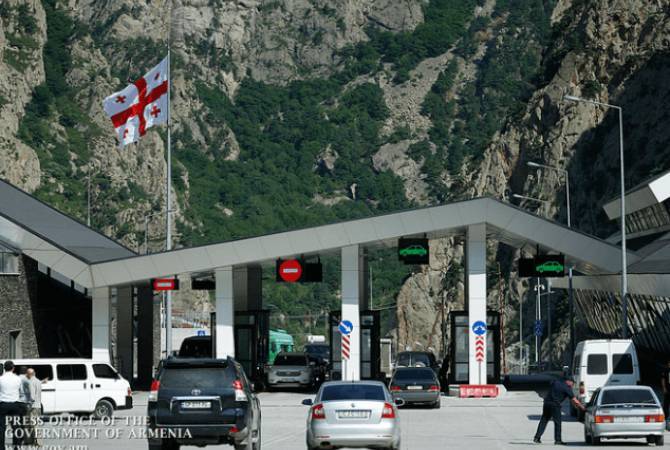 
YEREVAN, JUNE 24, ARMENPRESS. A back-up vehicle sent to the Russia-Georgia border to pick up Armenian passengers of a bus that was denied entry has already reached the country, spokesperson for the Ministry of Territorial Administration and Inrastructures Armine Muradyan said on Facebook.

She said the tour operator is covering all expenditures of the trip.

An Armenian passenger bus traveling from Russia has been stopped by Georgian authorities at the Upper Lars checkpoint on June 24 after entering the Georgian side. The Upper Lars border checkpoint is located at the Russia-Georgia border and is used by Armenians as land communication to travel from/into Russia via Georgia.

The bus was denied entry for “transporting a banned item”, the Embassy of Armenia in Georgia told ARMENPRESS.

The bus is owned by an Armenian transportation company.

The banned item was in possession of the driver.