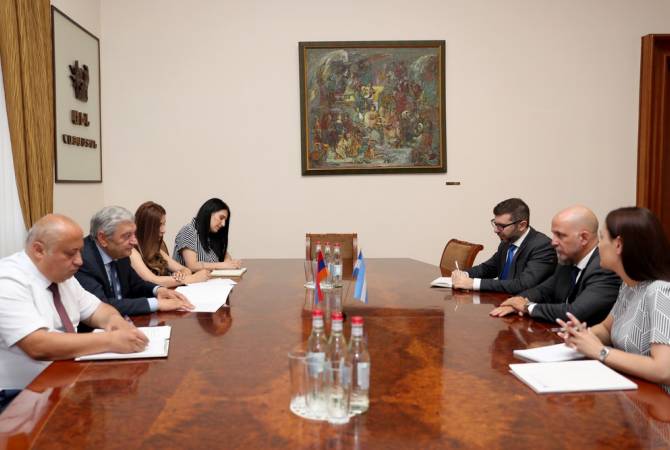 The meeting aimed at discussing the Armenian-Argentine cooperation prospects in the field of emergency situations.

Welcoming the guests Felix Tsolakyan said Armenia and Argentina have deep historical, political and economic ties, but their emergency situation structures, unfortunately, do not have cooperation. He proposed to make the cognitive visit as a base for future cooperation.

The minister said disasters occur everywhere and sometimes they have certain commonalities in different countries.

In this sense minister Tsolakyan highlighted making exchange of experience.

In addition to other issues, the minister made a reference to the Argentine anti-hail stations operating in Armenia and stated that they have a problem of efficiency.

In his turn the Ambassador of Argentine expressed confidence on the necessity of cooperation in the field and proposed to form a working group to outline the professional cooperation directions.