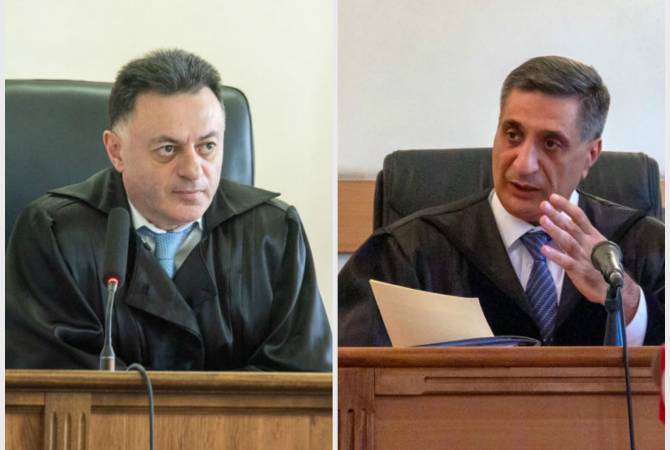 According to police, the judges themselves requested police to provide personal security.

Davit Grigoryan is the judge who released Kocharyan from pre-trial detention and suspended the March 1 trial in order to forward it to the Constitutional Court for validation.

Armen Danielyan is currently presiding over the hearing of the prosecution’s complaints regarding the release of the ex-president and the suspension of the trial.

The March 1 case refers to the criminal investigation into the 2008 post-election unrest in Yerevan, when clashes between security forces and protesters left 10 people, including two security officers dead. The unrest spanned from late February until late March. The events are known simply as March First because it was on this day when police troops violently dispersed protesters in downtown Yerevan. Robert Kocharyan was the outgoing president at the time. He is charged with “overthrowing Constitutional Order” and bribery. Several other former high-ranking officials are also charged.