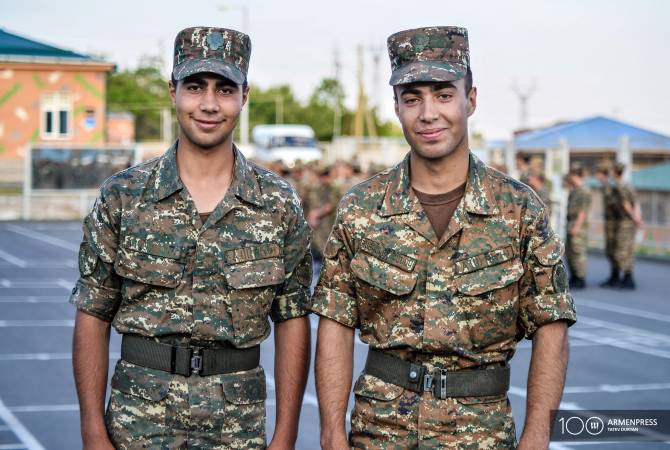 
YEREVAN, JUNE 21, ARMENPRESS. Erik and Roman Asadov brothers, living in Russia, have decided to return to their homeland – Armenia, to serve in the Armenian Armed Forces.

Erik told Armenpress that he is serving in the Armed Forces for already a year, and his brother Roman – 6 months.

“We have come from Russia to serve in our homeland, Armenia. It’s already more than a year I am serving in the Armenian Armed Forces. We were born here, this is our homeland, and we came to defend our homeland”, Erik Asadov said.

Roman’s negative opinion about the Army has changed after being drafted. The soldier calls on all conscripts to serve in the Army without being afraid.

“The military service is wonderful. I can state that I liked everything. Before starting the service, I thought it was going to be difficult, but everything is very good, thus there is nothing to worry about. One should serve in the Army to defend his homeland”, Roman Asadov said.

The brothers have not decided yet whether they will return to Russia or will stay in Armenia after the service, but they clearly state that their homeland is here where they were born.