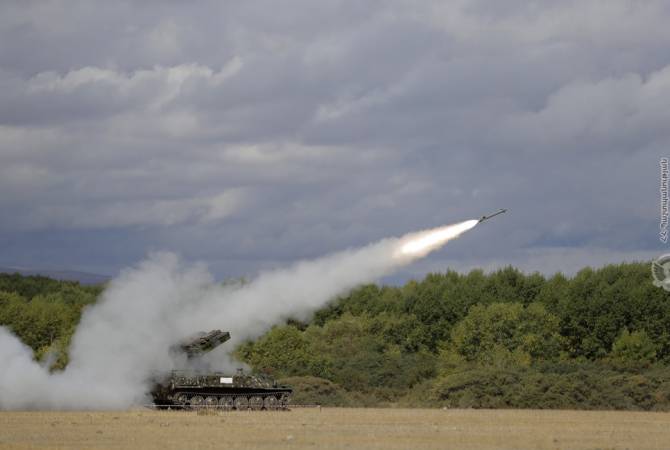 
YEREVAN, JUNE 21, ARMENPRESS. The Air Defense Forces of the Armenian military are ready to counter any encroachment against the airspaces of Armenia and Artsakh, Lt. Colonel Sevak Torozyan – commander of an unnamed military base which participates in ongoing exercises – told reporters.

Lt. Colonel Torozyan’s units are among the participant of ongoing live fire military exercises held jointly by the Air Defense Forces of Armenia and Artsakh. The drills kicked off June 18th.

“Both new and modernized anti-aircraft systems are being tested during the exercises. We are ready for any encroachment, at any hour of the day, at any moment and in any weather. The entire territory of Armenia and Artsakh is protected from any encroachment,” the Lt. Colonel said.

“The missile systems are brought to the highest alert mode within 6 minutes and are ready to complete the mission. Armenian-made new types of radio-location stations are also being tested. Partnership issues with Artsakh’s Air Defense Forces are being developed,” the Lt. Colonel added.

The military exercises are aimed at harmonizing cooperation, raising the effectiveness of unified command systems, radio-location reconnaissance and anti-aircraft fire, and the combat readiness of troops.

Surface-to-air missile systems such as the S-125, S-300 and Strela 10 are involved in the drills.