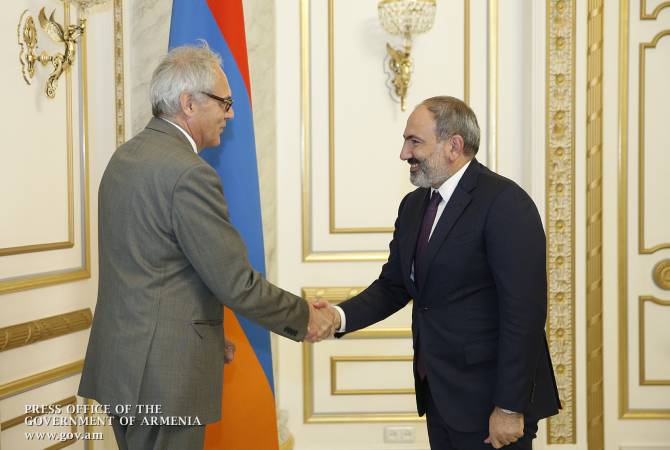 As ARMENPRESS was informed from the Office of the Prime Minister of Armenia, the PM thanked the Ambassador for the effective works and for contribution to the development of Armenian-German relations. Nikol Pashinyan noted that it was also thank to the Ambassador’s efforts that during the last year high level mutual visits took place that gave new impetus to partnership in various spheres. The PM highlighted the cooperation with the Government of Germany also for fostering the reforms carried out in Armenia, particularly in creating an independent judicial system in line with European standards.

Matthias Kiesler thanked the Pm for the effective cooperation and noted that it was a huge responsibility for him to carry out his mission in Armenia during the period of the dramatic changes. The Ambassador emphasized that the traditional good relations with Armenia have gained new nature parallel to the process of strengthening democracy. Matthias Kiesler underlined that his country is ready to closely cooperate with Armenia in various directions, including for carrying out reforms in the judicial system. According to the Ambassador, the German business representatives show great interest in doing business in Armenia, particularly in the spheres of communications and high technologies.

During the meeting the sides also referred to Nagorno Karabakh conflict settlement issue.