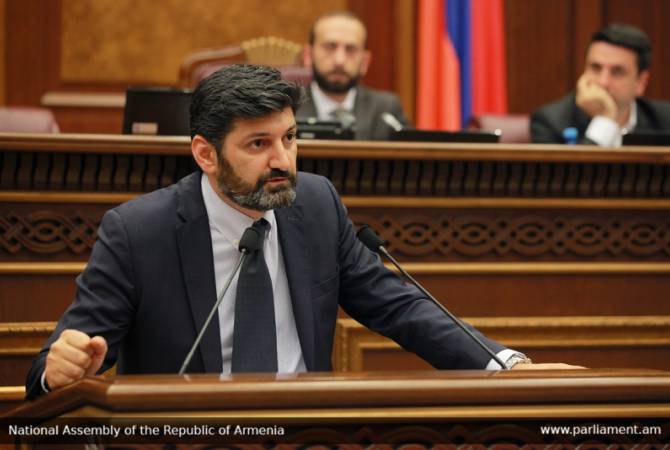 
YEREVAN, JUNE 20, ARMENPRESS. Vahe Grigoryan took the oath of office and officially assumed duties of Constitutional Court Judge, a position he was installed to by lawmakers on June 19th.

During the swearing-in ceremony in parliament on June 20, Grigoryan said it’s a great honor for him to assume office by taking the oath.

“This is the first high judiciary position elected by a parliament that was elected through the free expression of will of the people for the first time in decades in Armenia. My election to this office has passed a long path, it was open and transparent,” he said in part during the ceremony.