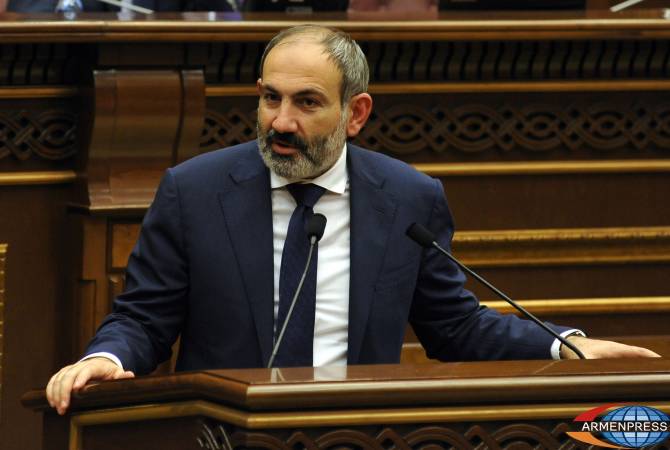 
YEREVAN, JUNE 20, ARMENPRESS. Prime Minister of Armenia Nikol Pashinyan says there cannot be a really independent judiciary in Armenia without the increase of salaries of judges for 5-6 times.

“The fact that Armenia’s judiciary needs deep, rooted reforms, is not something new, we know this for many years. But for me it has been clear that we cannot have a really independent judiciary in Armenia, I am going to say something unpleasant for many, without raising the salaries of judges for 5-6 times. I will explain why. And this has been explained with a concrete fact. Last year, perhaps for the first time, a phenomenon was registered in Armenia where there were vacant positions for judges, but with no proper nominees. Why? For a very simple reason. Let’s imagine us in the place of these potential nominees. They know that they should not take a bribe, otherwise they will most likely be arrested. They know that they should not run a business, because most likely the anti-corruption mechanisms will discover this and will punish them. And they also know that they should receive nearly 400-600 thousand AMD salary, and in some cases they should sentence persons to life imprisonment and so on. And now let ask ourselves who would like to be a judge in Armenia in such conditions? Ask yourself, would you like to be a judge in Armenia in such conditions?”, the PM said in the Parliament.

According to him, this is very important, because when they say a salary of judges, they start to remember the corrupted judges. Pashinyan highlighted that the vacant positions should be occupied by highly professional, principled persons with a vision, belief and believing in the law.

He added that last year they couldn’t solve this issue, because this decision could not be perceived publicly and today as well cannot be perceived. “In fact, this year we have such an opportunity with the budget, can solve such an issue, but there is no sufficient public perception regarding the importance of this process yet. Let’s accept the fact that today raising the salaries of judges, moreover the operating staff, has many problems, including from public perception perspective, especially when there are numerous social problems which are not solved yet. And our perception is for our partners, international donors to support Armenia in this matter, we will be able to make the high salaries of newly engaged judges 2.5-3 million drams in 2-3 years, in other words this will not have a significant impact on our budget. During this period I am confident that we will be able to solve many social problems. During this period both the opposition, the leadership, the civil society and the public will be convinced that having an independent judiciary is very good, derives from everyone’s interests and ensures the security of all of us, therefore this expenditure is really worth doing. And at that time the public will agree without opposing to provide from their own means to solve this problem with a condition that we really need an independent judicial system”, the PM said.