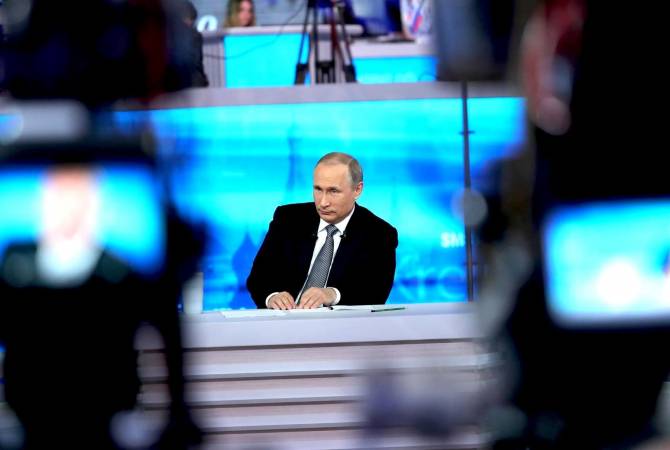 
YEREVAN, JUNE 20, ARMENPRESS. Russian President Vladimir Putin addresses the nationwide audience during his annual Direct Line question and answer session, during the course of which he regularly manages to answer a multitude of questions flooding in by telephone, text, email, social media, or live via television studios, reports TASS.

This will be Putin’s 17th Q&A session. The very first ‘Direct Line with Vladimir Putin’ was held in late 2001. Since then, this renowned event has been held annually, except for 2004 and 2012. Last year, the Q&A marathon took place on June 7.