2018 was unprecedented for Armenia from budgetary terms, says PM 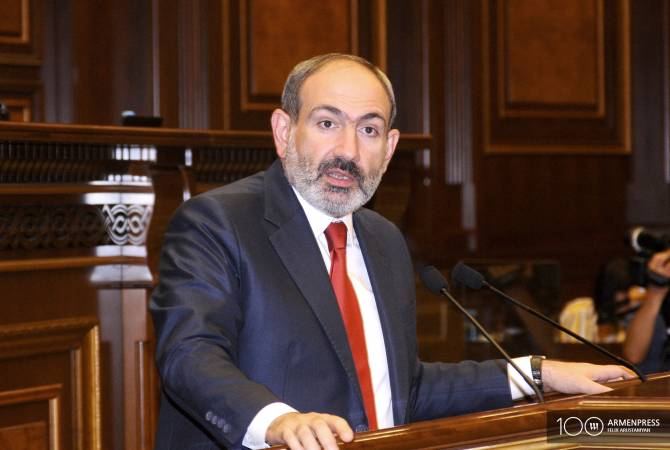 During his final remarks on the debate of the 2018 state budget performance report in the Parliament, Pashinyan said he strongly doubts that what has taken place in Armenia has also taken place in any other country. “So what has taken place? One presidential, 5 prime minister’s elections, snap parliamentary elections, Yerevan City Council election, snap elections in several towns and eventually a velvet revolution have taken place in Armenia in 2018. So what we have based on this year’s result from macroeconomic terms? Based on this year’s results we have 5.2% economic growth in case when the government, which approved the draft budget, forecasted 4.5% economic growth. The government has fulfilled all its obligations of 2018. The macroeconomic stability is completely maintained, and if we approach the issue in this way, we can state that the government has perfectly carried out its job because it completely ensured Armenia’s normal life despite these whole political shocks. Moreover, a global transition of Armenia’s public administration system from semi-presidential to the parliamentary system has taken place. In this sense, the government’s work is just impossible to assess in another way, than to assess it as perfect”, the PM said.

According to Pashinyan, this shows the treads that exist this year. “In the first quarter of 2019 we have 7.1% economic growth which is the highest rate in the Eurasian Economic Union’s space. We have a 9.2% growth in the economic activity index in April, the revenue part of the state budget will be overfulfilled by at least 62 billion drams. If we consider that the government in 2018 was at least in a crisis governance regime, this issue has been solved with an exceptional success. I have doubts that there is any country in the world where a revolution took place and the macroeconomic stability has been maintained, the economy has not entered into at least a lasting stage of recession”, Pashinyan said.