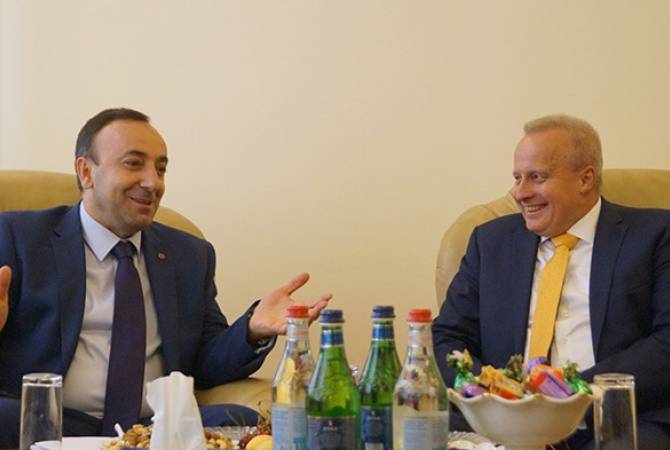 The meeting touched upon the Armenian-Russian cooperation in the field of constitutional justice.

CC President Hrayr Tovmasyan introduced his delegation’s visit to St. Petersburg in May 2019 which took place at the invitation of the president of the Russian Constitutional Court.

The sides also touched upon issues relating to Armenia’s judicial system during the meeting.