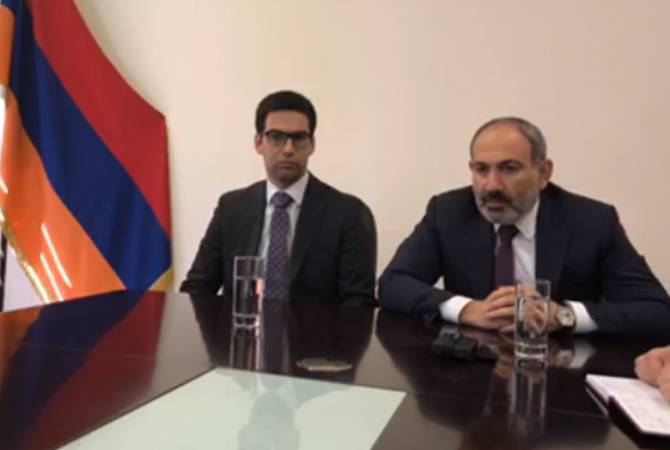 “In the past one year Mr. Badasyan has worked as deputy chairman of the State Revenue Committee and during this period he demonstrated himself from the best sides, showing high organizational abilities. I consider very important that at this decisive stage Mr. Badasyan should lead the reforms of the justice system. You know, there is no secret, we are at a turning stage in this sense and the government, the political majority have a will in order to have a really independent judiciary in Armenia. In this sense it’s very important for the justice minister to fully know the situation and implement the political messages sent by the government with productive steps”, Pashinyan said.

The PM thanked former justice minister Artak Zeynalyan for his works. He stated that Artak Zeynalyan is not in Armenia and that’s why he is not attending this meeting. Pashinyan is confident that there will be a chance to serve Zeynalyan’s potential and experience for Armenia’s state –building process.

“I attach great importance to the fact that a positive working environment is established in the ministry. I am confident that Mr. Badasyan is able to create such an atmosphere and motivate the justice ministry to a positive, creative and innovative work. I wish success to you and the ministry staff”, the Armenian PM said.

In his turn the new justice minister thanked for the trust.

“After such a professional like Artak Zeynalyan quite a difficult job is expected, I am confident that together with a professional staff we will be able to justify your expectations”, the new minister said.

Previously, Badasyan was serving as deputy chairman of the State Revenue Committee.