Armenian FM meets US Under Secretary of State for Political Affairs in Washington D.C. 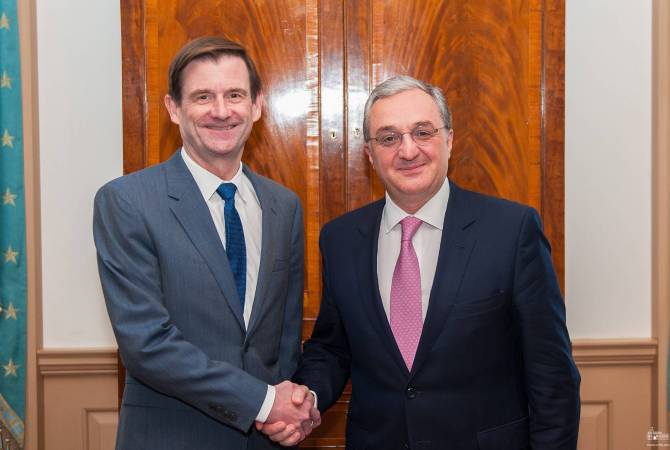 During their talk the officials highlighted the positive dynamic in the Armenian-American partnering and friendly relations. Both emphasized the establishment of an Armenian-American strategic dialogue platform which serves a firm base for constantly enriching and expanding the bilateral agenda, and strengthening the political dialogue.

The sides highly valued the comprehensive agenda of reforms conditioned by the democratic changes in Armenia and the mutual readiness to move forward the cooperation on this path.

The Armenian FM and the US Under Secretary of State also discussed a number of international and regional issues. In this context the minister presented the constant cooperation with global and regional partners aimed at strengthening Armenia’s security agenda.

At the request of the US official, the Armenian FM introduced the current situation in the peace process over Nagorno Karabakh conflict, Armenia’s principled position and approaches over the matter, as well as Armenia’s priorities in the upcoming June 20 meeting agenda.