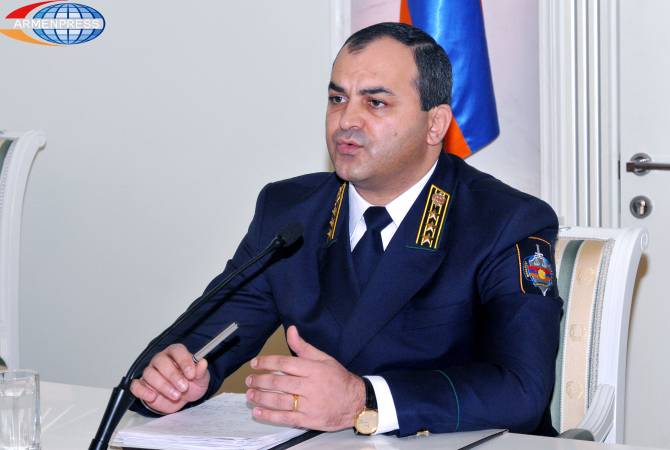 
YEREVAN, JUNE 19, ARMENPRESS. Prosecutor General of Armenia Artur Davtyan is surprised at the fact that the judge of the court of 1st instance Davit Grigoryan examining former President Robert Kocharyan's case did not try to clarify some facts connected with the case.

''How could a justice-oriented judge not find necessity to elucidate the fact that the bank accounts of the 26-year old son of the accused had money inflows of AMD and other currencies equivalent to $18 million during 2 years starting from 2007 given the fact that the accused person held public positions during almost entire life which legally banned entrepreneurial activity’’, ARMENPRESS reports Prosecutor General of Armenia Artur Davtyan said during the trial at the Court of Appeal examining the complaint against Robert Kocharyan and others.

He added that the crimes Robert Kocharyan is accused of are complicated and organized with clear division of roles, the actors of which served in the state apparatus at that time and had dependence on the accused.

“A significant part of the state apparatus was involved in the criminal activities”, he said, adding that 10 people were killed as a result of the crimes they are accused of.

The prosecution finds that the decision of the court of 1st instance should be changed and Kocharyan should be again detained.

The Court of Appeal of Armenia postponed the hearing of the case until June 20, 14:00.