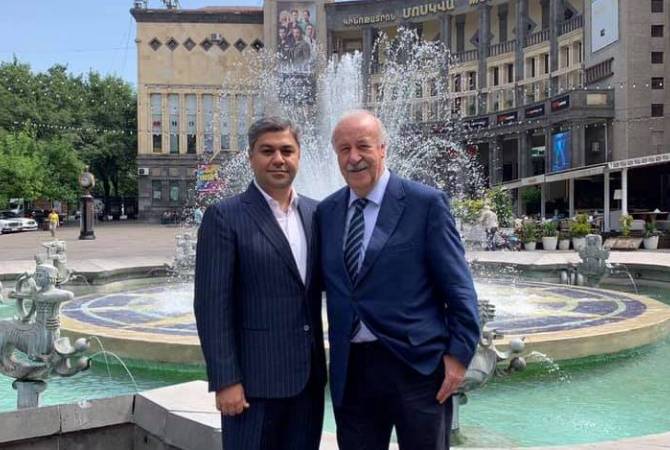 Vicente del Bosque is certainly in good hands as Vanetsyan is also the Director of National Security Service.

A photo posted online by the FFA shows Vanetsyan and Vicente del Bosque posing for a picture at the Charles Aznavour Sqaure in downtown Yerevan.

Vicente del Bosque is a Spanish football coach and former player who most recently managed the Spain national team. Del Bosque went on to lead the Spanish national team to win their first-ever FIFA World Cup in 2010, and then to retain their European Championship in 2012.

Del Bosque coached Real Madrid from 1999 to 2003, which was one of the most successful periods in the club's modern era.

Del Bosque is regarded as one of the greatest and most successful managers of all time. During his playing career, Del Bosque made over 400 appearances for Real Madrid, winning five La Liga titles and four Copas del Rey. He represented the Spanish national team on 18 occasions.