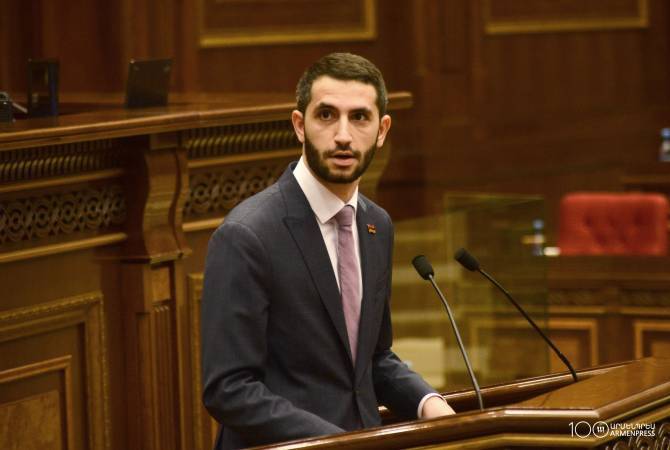 
YEREVAN, JUNE 17, ARMENPRESS.  Chair of the Standing Committee on Foreign Relations of the National Assembly of Armenia Ruben Rubinyan informs that Russian Ambassador to Armenia Sergey Kopirkin has been summoned to the foreign ministry of Armenia in the context of non-interfering in the domestic politics of Armenia.

“Today, following the session of the Standing Committee on Foreign Relations, during which the meeting between the Russian Ambassador and ex-President of Armenia was discussed, I talked to Foreign Minister of Armenia Zohrab Mnatsakanayan. The Minister informed me that the Russian Ambassador had been summoned to the ministry last Friday, where the sides had a conversation in the context of non-interference in the domestic politics of Armenia. Deputy FM Grigor Hovhannisyan had not told about that during the session of the Standing Committee since he did not have the permission to publicize it at that moment”, ARMENPRESS reports Rubinyan wrote on his Facebook page.