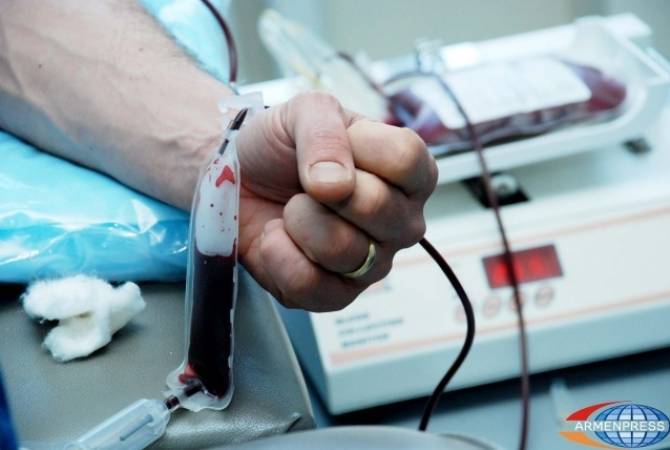 
YEREVAN, JUNE 14, ARMENPRESS. On the occasion of the World Blood Donor Day on June 14, a group of Armenian political figures have donated blood at the Hematology Center after Yolyan. Among these figures were healthcare minister Arsen Torosyan and MP Naira Zohrabyan.

Minister Torosyan released the video of the blood donation campaign and informed that this year the slogan of the World Blood Donor Day is the following: ‘Safe Blood For All’. The minister said he is donating blood for the first time and urged all those who have such a wish to come to give blood. “The healthcare ministry is currently working on introducing a single system for collection and distribution of blood in the country so that the donor blood will be really safe and available”, he said.

“Today is the World Blood Donor Day. And if each of us dedicates an hour from his time and donates blood, it is possible to save thousands of lives. Armenia’s blood supply is not enough, and there is a need for donor blood. The problems of blood donor supplies are considered solved in the whole world if at least 20 out 1000 people become a blood donor. Only 0.4% of every 1000 people in Armenia are a blood donor. This is a catastrophic small number. Don’t think that someone else will do that instead of you. It’s very likely that your blood will save the life of a child, a soldier or a patient”, MP Zohrabyan said on Facebook.