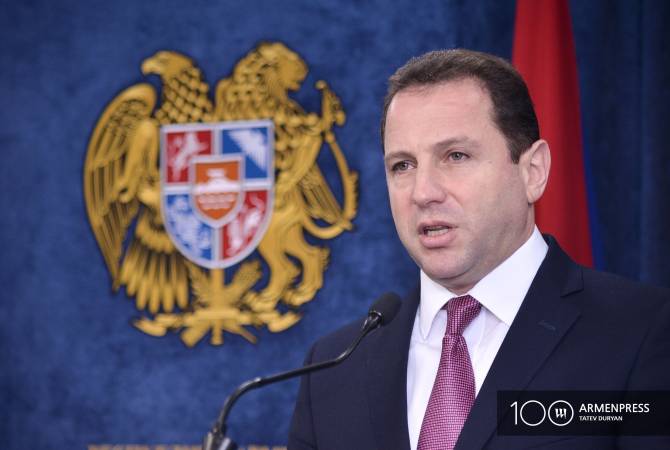 
YEREVAN, JUNE 13, ARMENPRESS. The situation at the border with Azerbaijan on June 13th and yesterday is relatively stable, Armenian Minister of Defense Davit Tonoyan told reporters in parliament today when asked to brief on the situation both at the Artsakh-Azerbaijan LoC and the Armenian-Azerbaijan border.

“At this moment, the situation is stable according to yesterday’s and today’s reports,” Tonoyan said.

He said there is no direct threat of war at the moment.