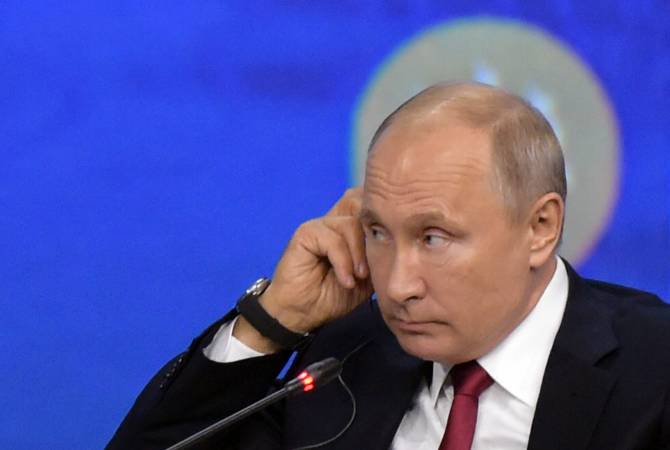 
YEREVAN, JUNE 13, ARMENPRESS. Russian President Vladimir Putin hopes that the new government of Ukraine would actively engage in restoring the relations between Russia and Ukraine, highlighting the inevitability of this process, reports TASS.

“Restoring our relations is inevitable. It [the present situation] is simply impossible between two parts of the same ethnicity, or, in other words, between two brotherly nations”, Putin said in an interview to the Mir channel, a fragment of which was posted on YouTube on Wednesday night.

“I hope that the new government is not restricted by those limitations, feels free to act and is relying on the confidence bestowed by the people of Ukraine upon their newly elected president, that it will be able to take active measures both to restore relations between Ukraine and Russia and to solve domestic problems”, the Russian president said.