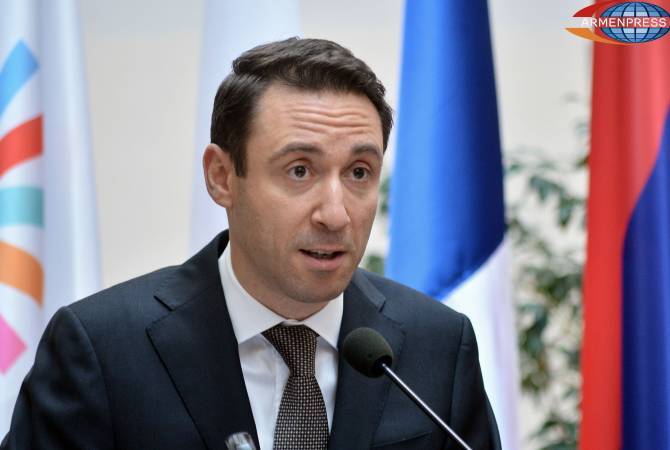 
YEREVAN, JUNE 12, ARMENPRESS. 90% of Yerevan’s public transportation is owned by private companies, and Mayor Hayk Marutyan opposes it and wants a city ownership.

“Public transport is 90% owned by the private [sector]. I am against this mechanism. I find that public transportation must be mostly managed by the city, the government,” Marutyan told reporters in parliament today.

He said they have presented a respective plan to the government and the latter is currently setting up a task force that will hold final discussions.

“I assure you that in the past four years the “line-owners” aren’t making any investments and are awaiting the new transportation network,” he said.

He said there are currently 900 mini-buses, aka marshrutkas, operating in Yerevan, and 450 of them will reach the maximally allowed operating lifecycle next year, which proves that the owners are not making investments.

Marutyan said the owners of the transportation route operators are themselves eager to hand over their business to the City Hall because it is not profitable.