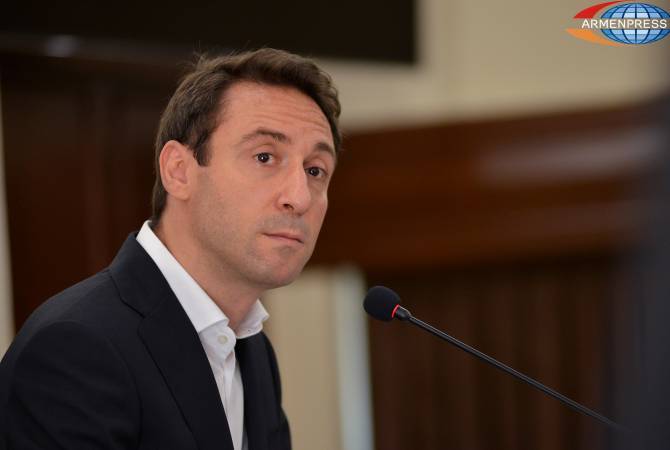 He said the City Hall is fining the company every month for poorly executed obligations.

Speaking to reporters today, Marutyan did not rule out the possibility of terminating the contract with Sanitek.

He said since the very first day in office as mayor he tried to fix the situation.  “I assure you that we have done everything from our side, but Sanitek is no longer capable, it doesn’t have the capacity to render the services, and we all see this,” Marutyan said.

According to the Yerevan Mayor, there is nothing deliberate in Sanitek’s actions: the company simply cannot render duly services.

“The condition of their vehicles, number of employees, technical state has reached almost zero. They are saying they dispatch 12-18 vehicles for waste collection every day, but the majority of these cars break down half-way,” Marutyan said.

Marutyan said the City Hall has tried to assist the company, however the latter has failed to make new investments. He said they had an agreement that Sanitek would install new garbage containers in the city, but it failed to do so either. “By contract, 8000 waste containers must be placed in the city, but today there are 5000, which are in bad conditions,” the mayor said, adding that “the city can’t wait forever for one company”.

Not ruling out a possibility of terminating the contract with the company, the Mayor did however say that if somehow Sanitek manages to fix the problems it will remain the operator.