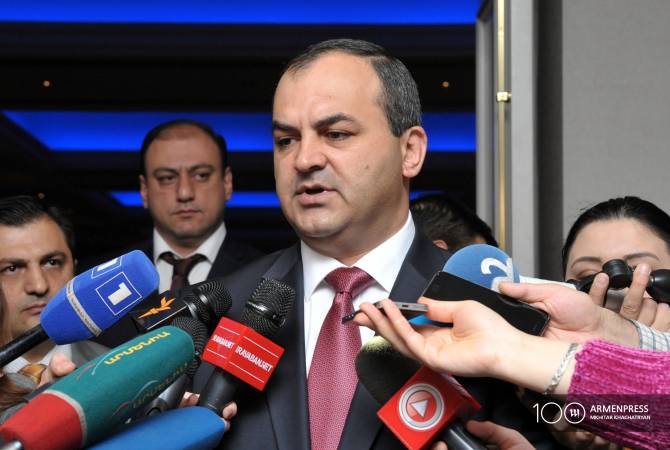 
YEREVAN, JUNE 12, ARMENPRESS. Prosecutor General Artur Davtyan argues that former President Robert Kocharyan poses a potential risk of obstructing justice if the latter is not jailed during the March 1 trial.

He said the prosecution’s complaints against Kocharyan’s release and the suspension of court proceedings are very clear and substantiated.

“We assess that the court rulings, being ungrounded and unlawful, prove about hampering of the trial,” Davtyan told reporters today amid an ongoing hearing over the prosecution’s appeals. He was speaking about an earlier decision of a court that suspended the trial and sent the case to the Constitutional Court for validation.

He emphasized that Kocharyan’s arrest is not anyone’s desire and neither an end in itself.

“We all very clearly understand what criminal case we are dealing with. 11 years later we see that a killing is being solved,” he said, referring to the recent criminal charges brought against an ex-police official suspected in killing a protester during the 2008 unrest.

“But these cases are connected. More than 1000 people were questioned over this case and there still is a necessity to question an additional 1000 or more,” he said.

The Prosecutor General argues that there is a likelihood of Kocharyan obstructing justice if the latter remains in freedom.

“It is clear that the probability is high. There is a risk of illegal influence in this situation,” he said.

Kocharyan, as well as several other ex-officials, are charged with “overthrowing constitutional order”. The former president is accused in unlawfuly ordering the military to intervene in the 2008 unrest. He is also charged with bribery.

He was jailed for around 6 months in pre-trial detention before controversially being released in May.