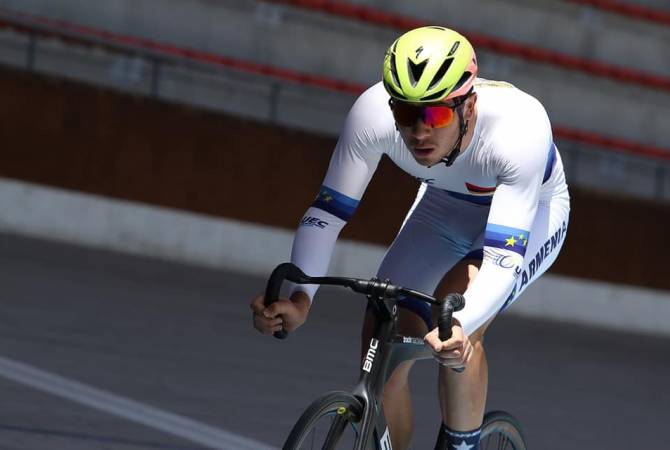 
YEREVAN, JUNE 12, ARMENPRESS. Armenian cyclist Edgar Stepanyan from the national team will compete at the II European Games in Minsk, Belarus with a fractured arm.

Stepanyan, a 22-year-old track cyclist told ARMENPRESS he sustained the trauma a week ago.

“It happened during a collision at the Moscow Grand Prix. I fell and broke my arm in two spots. I’ve talked to the medics and I want to participate in the European Games,” he said.

He said he can’t afford to miss the event due to its importance in terms of ratings for the Olympic Games.

“I won’t be in a cast, but I’ll use painkillers to be able to participate in the tournament,” the athlete said.

Stepanyan is scheduled to depart for Belarus on June 19th.