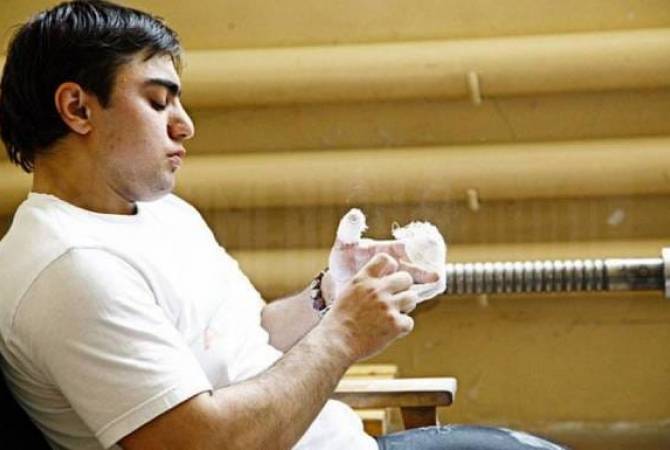 
YEREVAN, MAY 31, ARMENPRESS. Armenian two-time European weightlifting champion Mel Daluzyan has made national headlines in Netherlands after stopping an armed robbery and getting stabbed in Amsterdam.

Daluzyan, a World Championship bronze medalist who formerly represented Armenia in her weightlifting career, is living in the Netherlands for already three years after being granted asylum.

Armed assailants attempted to rob the Albert Heijn supermarket in Amsterdam’s central part, when Daluzyan, who was shopping in the store, saw the attack and intervened to help the cashier, tackling the attackers to the ground. The former weightlifter was stabbed by the robbers and was airlifted to a hospital.

“What you did was heroic. I am proud that Amsterdam has a resident like you,” the mayor told the Armenian.

“I am grateful that you effectively stopped the illegal actions of the armed masked assailants. I wish speedy recovery to you and I assure you that the City Hall stands ready to support you in all ways necessary,” the mayor said.

The assailants have been arrested on the scene.

Daluzyan will be discharged from hospital in a few days, according to media reports.