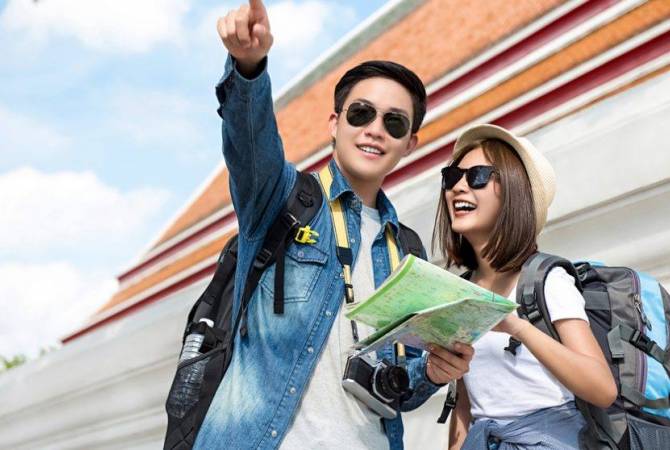 Spokesperson of the Armenian ministry of economic development and investments Anna Ohanyan told ARMENPRESS that China is a targeted market for Armenia.

“In this regard the elimination of visa regime between the two countries can boost tourism and the cooperation between Armenia and China in this sector. We attach great attention to China in digital marketing planning works aimed at forming special digital campaigns in this direction. We use all opportunities, both the digital platform, the screening of movies about Armenia and exhibitions. These days Armenia is taking part in an exhibition organized by the Shanghai Cooperation Organization which is dedicated to wine tourism. The Armenian production and tourism opportunities created great interest among the Chinese visitors”, she said.

According to Chairman of the Armenian Tourism Federation Mekhak Apresyan, considering China as a targeted market is not a coincidence. He says China is the first country in the world in terms of number of tourists in the field of outgoing tourism. Apresyan states that Armenia already has a simple visa regime with China. Citizens can obtain visa on the border or online. Currently the elimination of visa requirements between the two countries, according to Apresyan, is a new level.

“The important is that it is mutual. In other words, the citizens of Armenia can visit China with the same conditions. In recent years Armenia’s interest towards China is increasing: the visits from China to Armenia have increased by nearly 40% in the first quarter of this year. Although the figure is not so big, the growth rates are more promising. Only direct flights are lacking”, Apresyan added.

As for the actions to be taken by the state structures and the private sector, Mekhak Apresyan said consistent works have been carried out in the direction of China for several years and currently they are also at an active stage. According to him, more targeted and effective marketing policy is needed, and also actions must be taken to launch direct flights.

“The private sector also should take actions, by presenting tour packages not only related to Armenia, but also the region, covering both Armenia, Georgia and Iran”, he added.

“The visits from China are mainly in groups, choosing regional packages which also include Armenia. They usually stay in Armenia for two or three days. The tourists mainly prefer visiting historical-cultural sites, such as Garni, Geghard, Sevan, Etchmiadzin, Khor Virap, Dilijan, Haghpat and etc. The program depends on the number of days staying in Armenia”, Sevak Davudyan said, adding that currently there is concrete activeness in the visits from China to Armenia.

“The two countries are going to eliminate the visa regime which is very important. It will contribute to boosting tourist visits not only with groups, but individuals as well will visit. And this process can be organized without online registrations or filling in other forms”, he said.

Armenia and China on May 26 signed an agreement on mutual visa exemption for ordinary passport holders. The agreement will enter into force after completion of its ratification procedures by the two states.