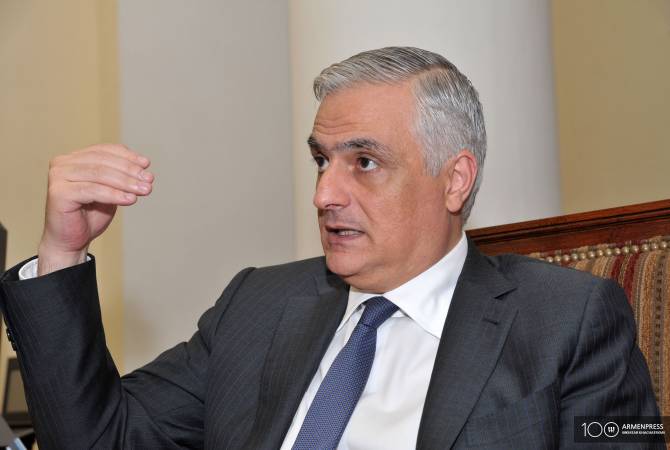 
YEREVAN, MAY 29, ARMENPRESS. The program approved by the Board of the International Monetary Fund (IMF) becomes an important public document for everyone relating to Armenia’s macro-stability. It enables to take a loan at any moment in case of macroshocks without additional procedures.

Mher Grigoryan – Deputy Prime Minister of Armenia, gave an interview to ARMENPRESS, talking about the aforementioned and other topics.

-Mr. Grigoryan, recently you were in the United States within the framework of the 2019 spring meetings of the IMF and World Bank Group. What key agreements were reached based on the discussions?

-When I was in Washington D.C., our joint program to be implemented with the IMF was at the discussion stage, and we were making clarifications. On May 17 the IMF approved the program according to which it will provide a 36-month Stand-By type of loans, worth 248.2 million USD, to Armenia. This gives an opportunity to receive loans at any moment in case of macroshocks without additional procedures. The loan resources will be provided as a preventive measure and will not be used unless there are shocks which can create problems with the balance of payments. This program becomes an important public document for all relating to our country’s macro-stability. We also had discussions with the World Bank, and as the World Bank Group’s 2019-2022 Armenia Partnership Framework document was approved on March 28, the discussions were held on the implementation processes of programs. In order to promote the Armenian government’s goal aimed at eliminating extreme poverty and promoting general prosperity, it is expected to assist Armenia in three main areas – promotion of the factors contributing to export and the competitiveness of companies, improvement of the human capital and equality and stable management of environment and natural resources. On the sidelines of the spring meetings we also met with a number of partners and representatives of partner organizations in the US and exchanged views on expanding and deepening the cooperation with Armenia. This is a platform where it is possible to talk about deepening and expanding the relations and also to understand what is happening in the world, as well as to get acquainted with the best practice. 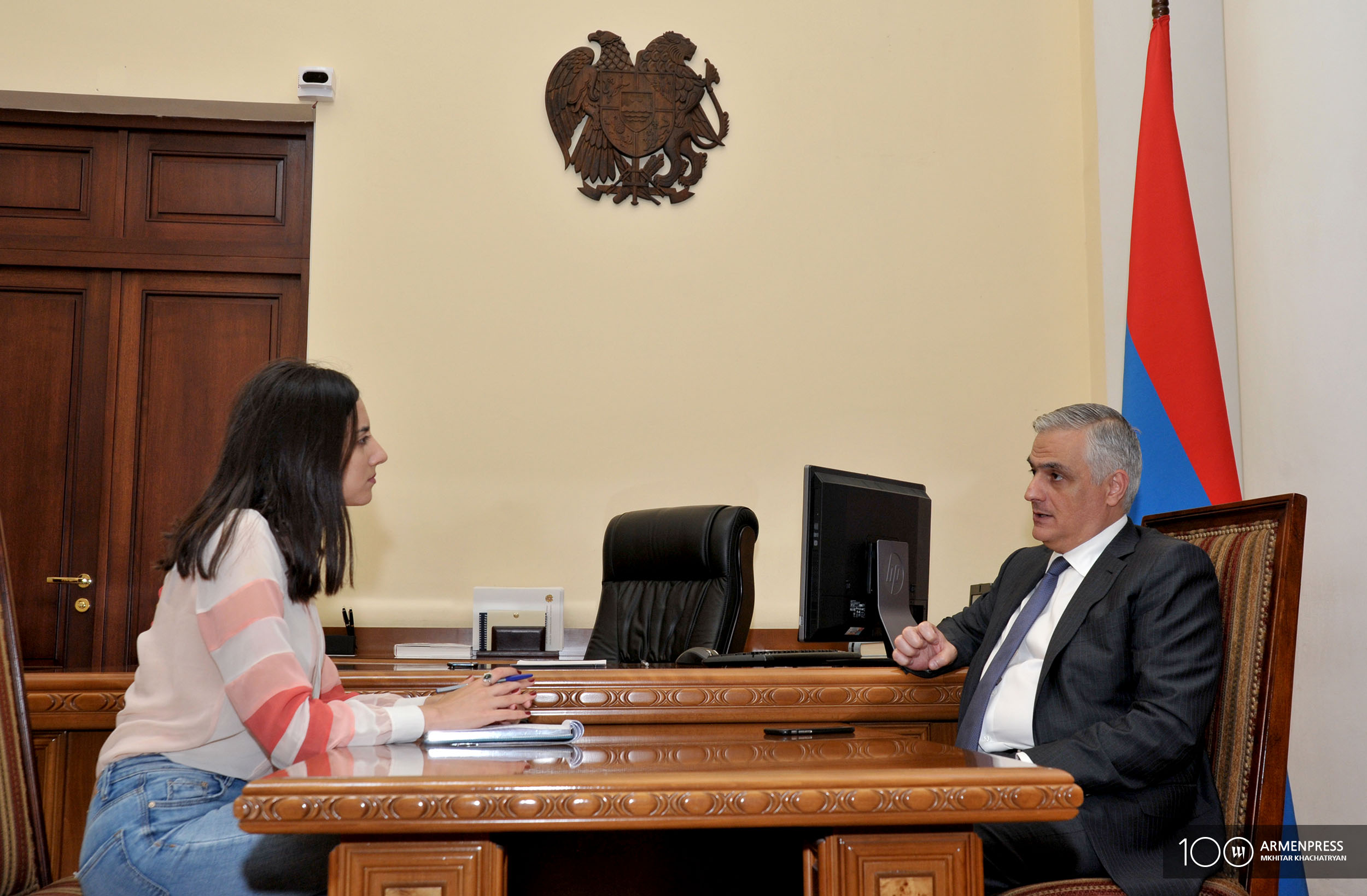 -Recently the session of the Eurasian Intergovernmental Council was held in Yerevan during and also after which Armenian Prime Minister Nikol Pashinyan considered the formation of single market of oil, oil products and energy efficient a priority. Given the fact that this meeting was preceded by the meeting of the deputy PMs, could you say, please, is there any agreement on these matters and what will you highlight from the meetings of PMs?

-Since the first day of Armenia’s assuming chairmanship at the Eurasian Economic Union (EAEU) the priority was given to making actions and efforts aimed at forming a stable market of energy resources. I think this is very important for the EAEU’s development and future, and also from our participation perspective. If we do not have a single price for energy resources in the EAEU space, there will be many problems with competitiveness, and thus in terms of the production capacities the country, that has low energy resource, will be dominant in terms of the low price. Official records regarding this were made in different documents and agreements were reached in particular in strategic documents. According to the 2018 December 6 decision of the Supreme Eurasian Economic Council, the programs on forming EAEU single gas market and single market of oil and oil products have been approved. The formation of the EAEU single gas market will create a base for the implementation of gas pricing predictable policy, will provide reliable, qualified gas supply to consumers, will promote the development of competitiveness, as well as will provide non-discriminative access to gas transportation systems. The formation of EAEU single market of oil and oil products will raise the efficiency of market mechanisms of oil and oil products trade between the member states. On April 29 the Council of the Eurasian Economic Commission (EEC) has discussed the issue of creating a single EAEU energy market. The document on this is expected to be signed at the upcoming session of the Supreme Eurasian Economic Council. The formation of the EAEU single energy market will contribute to raising the energy security of member states, deepening the mutually beneficial partnership, ensuring competitiveness and setting concrete and transparent mechanisms for energy pricing. In addition, it will also create conditions for energy trade, mutual seasonal flows, export, import and transfer between the member states. 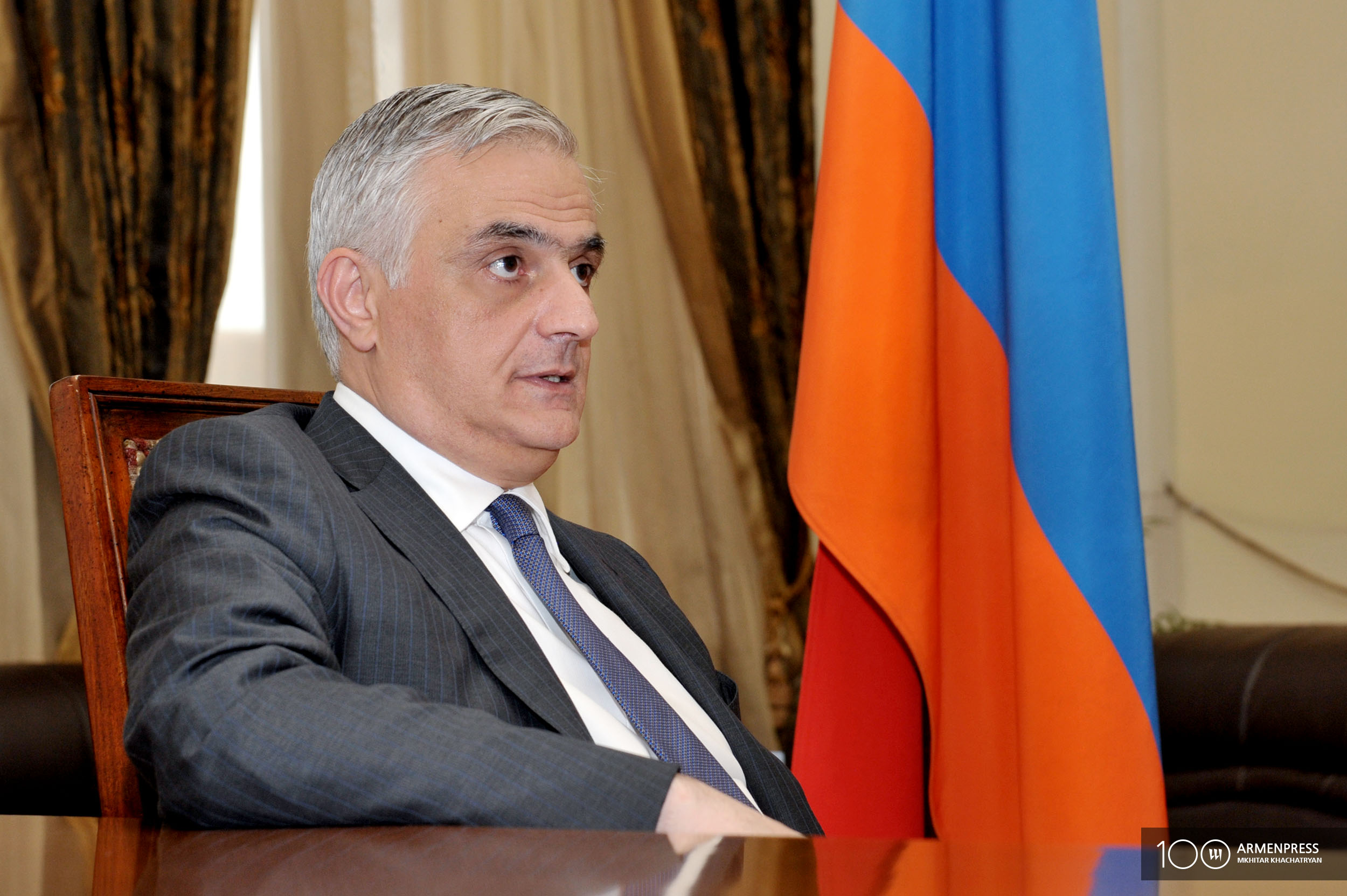 -This issue is officially recorded as a problem. Setting the gas price for one year is an unacceptable option for us. In fact, not only the ordinary consumer, but also the economy and the new investor are unable to get adapted to that. The session of the Armenian-Russian Intergovernmental Commission on Economic Cooperation also touched upon the issue of natural gas supply to Armenia and it was recorded that it is necessary to develop a formula which will allow to have a stable and predictable mechanism for the formation of gas price on Armenia’s border. During the session instructions were given to the sectoral ministers to launch talks on the model, agree upon to set an algorithm for the price which will enable to determine the gas price on the border with a longer term, this means that the Russian side has also understood the importance of the issue.