An Insight to Armenia’s Battlefield Cuisine: The Military Combat Nutrition of Ultimate Warriors 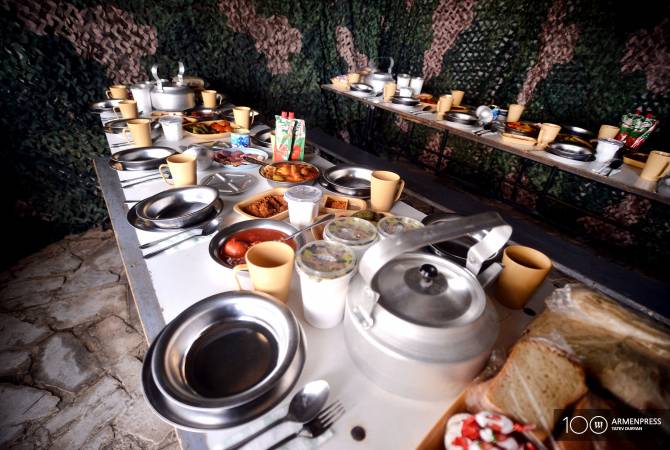 
YEREVAN, MAY 24, ARMENPRESS. Military diet and nutrition has always been the core of maintaining a might army, since on-duty troops require a carefully selected and research-based nutrition intake for optimal performance even in the most extreme environments.

The Rear’s Combat Service Support Division of the Armenian Armed Forces, in charge of Logistics and Nutrition, has made a few additions to the troops’ combat feeding system, and it held a press tour on May 24th for reporters and proudly introduced the news. 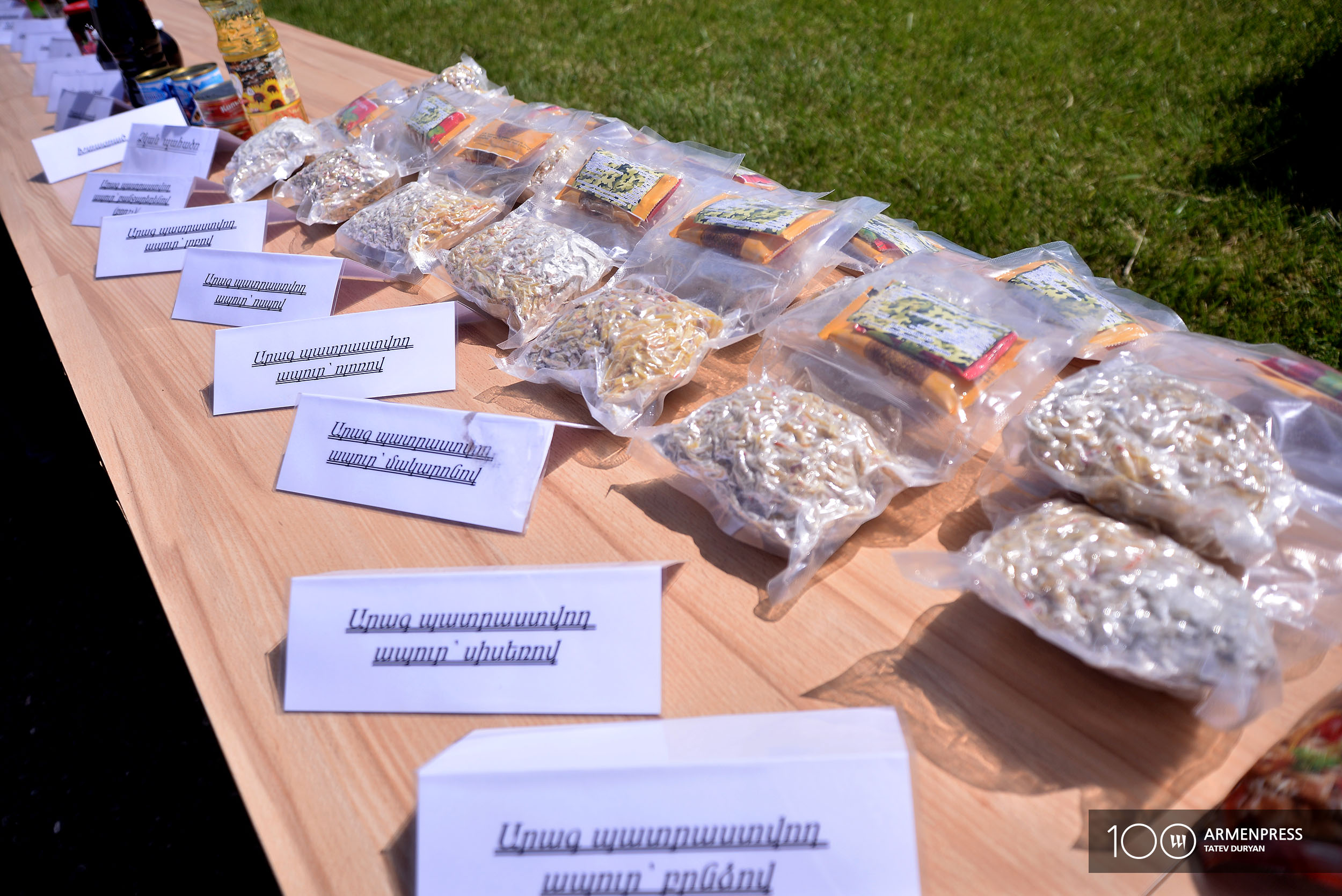 “These meals are possible to be prepared during combat shifts in only 15-20 minutes, using hot water,” the Colonel said.

Another addition, which in his words has gained approval by the troops themselves, is lavash. The famous Armenian flatbread is now also an important part of soldiers’ meals. 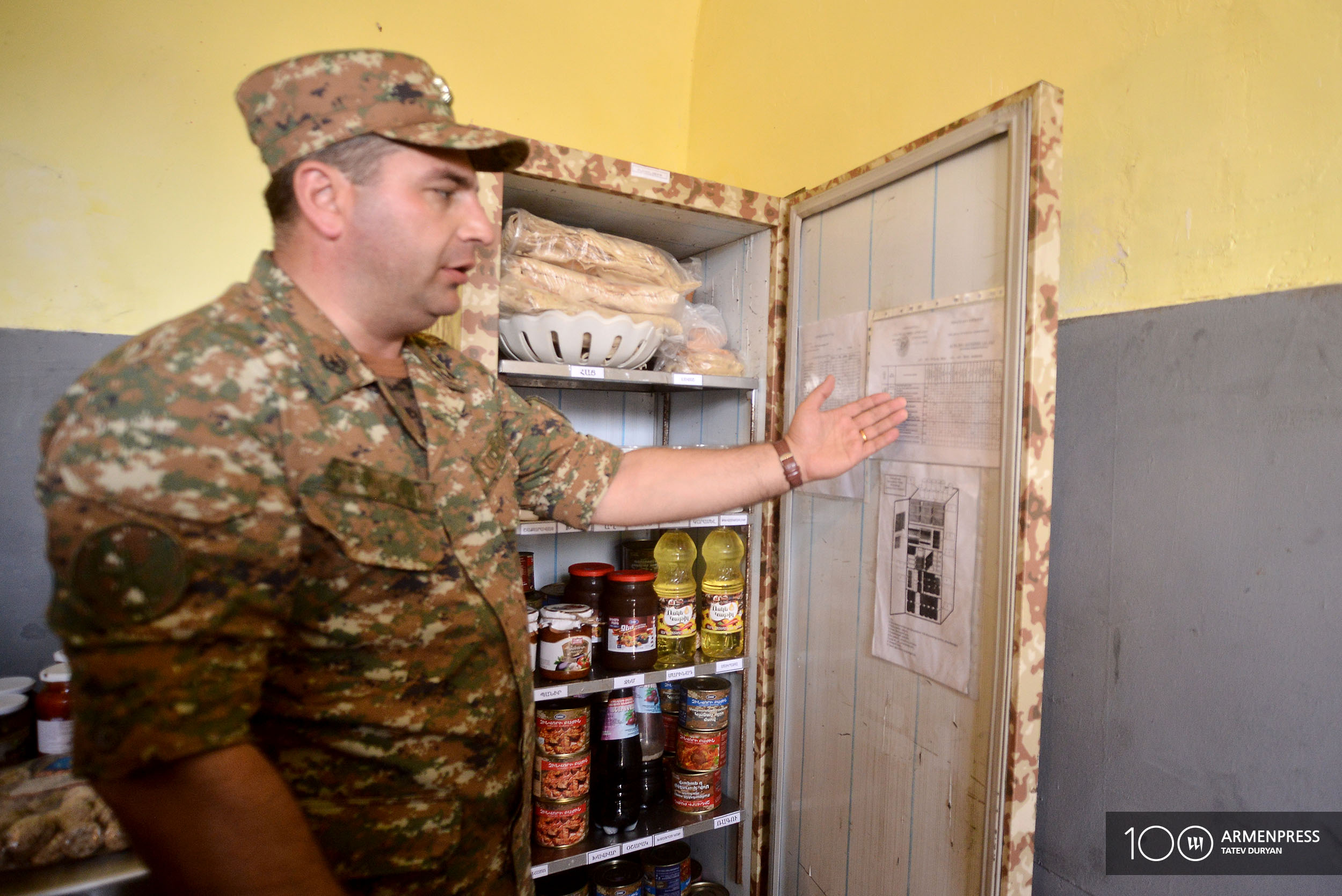 The combat feeding system now also includes honey, and soldiers are given individual 20 gram honey packages every morning with breakfast, but only from October to April.

The military has also added canned beans, rice and lentils. Once a week combat duty troops are also getting tan, a popular savory yogurt drink.

The Colonel said they are planning to add canned potatoes to the diet. 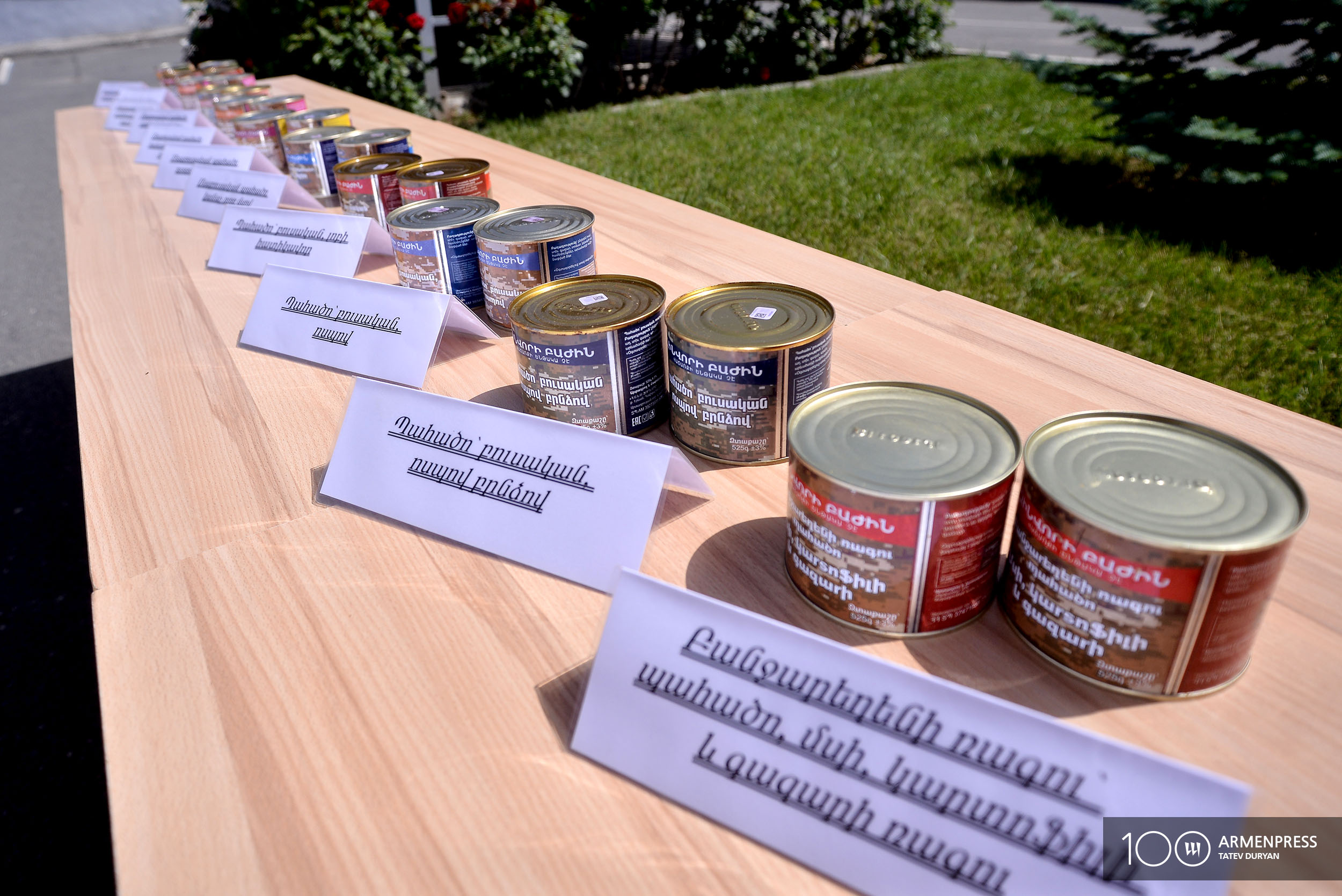 But everyone needs treats too right? Even in the most extreme, unfavorable conditions sometimes all one needs is a chocolate bar. Well, troops are no exception. The Armenian military has made sure that its soldiers at the borders are equipped with everything, even treats.

In the past, the standard diet’s dessert part included only cookies, but now chocolate bars, biscuits and a variety of candies are also available. A soldier’s standard daily share of these yummy desserts includes 20g of caramel candy, 30g of cookies and 30g of biscuits. 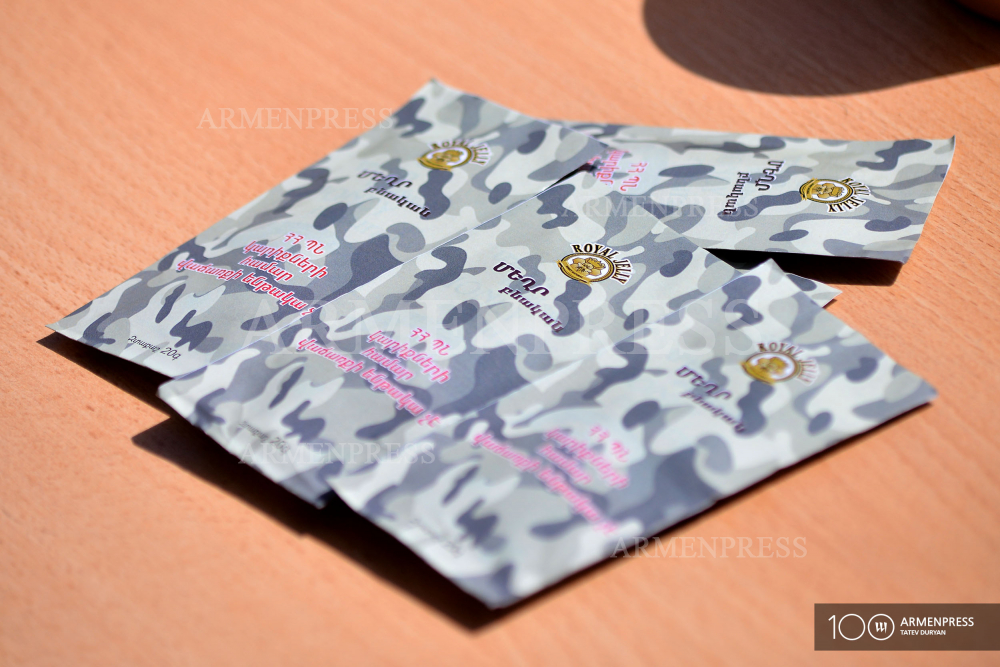 In cold weather conditions troops are also supplied with 3 types of jams. The jams have been selected through a carefully researched nutrition program in order to include essential vitamins needed for strong immune system.

Although exact calorie intake figures or research data wasn’t available, the Colonel did however mention that the daily diet “ensures more calorie for the soldiers than they burn”.

All foods are locally made, with the exception of condensed milk and canned fish.

Other products included in the ratio are butter, ketchup, rosehip syrup, coffee and cheese spread.