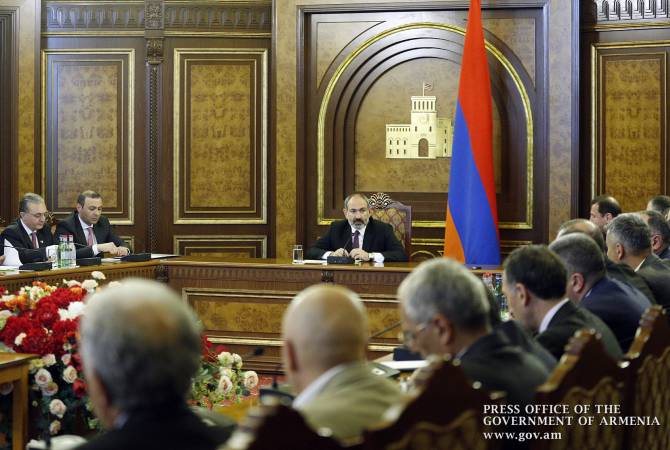 
YEREVAN, MAY 24, ARMENPRESS. The session of the military-industry committee was held today in the government of Armenia led by Prime Minister Nikol Pashinyan, the PM’s Office told Armenpress.

Opening the session the PM said the field of military industry is a priority for the government and there are major programs and goals in connection with this sphere. PM Pashinyan touched upon the government’s structural changes as a result of which a ministry of High Technological Industry will be created.

“The military industrial complex, the production potential and enterprises should be transformed and included in the structure of this ministry. We already had several working discussions on this topic and should put serious tasks before this field so that this direction will give impetus not only for raising our security level, but also for economic development with which one of the most important issues is to make Armenia a technologically developed country”, the PM said.