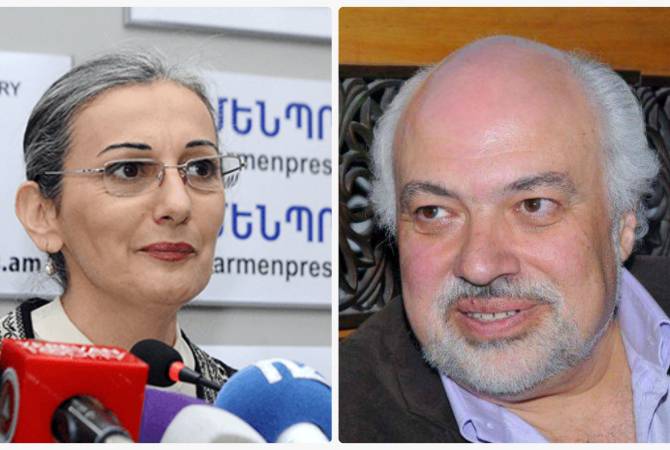 
YEREVAN, MAY 24, ARMENPRESS. Artistic Director of the Armenian National Academic Theatre of Opera and Ballet Constantine Orbelian has filed a lawsuit against Acting Minister of Culture Nazeni Gharibyan’s March 28 order on sacking him as General Director of the Opera.

Three-time Grammy Award nominee Orbelian was sacked on March 28 as General Director, but retained his position as Artistic Director. The reason of the dismissal, according to Gharibyan, was that a person cannot serve in both positions simultaneously, and also Orbelian doesn’t speak Armenian, something that is a requirement by law in order to hold office.

The renowned composer has also filed a civil lawsuit demanding the order to be recognized as invalid, be reinstated in the position and also receive back pay.

Asked to comment, Gharibyan told ARMENPRESS that according to her information Orbelyan has only filed a lawsuit against PM Nikol Pashinyan regarding her appointment.

Asked whether she has met or talked with Orbelian, Gharibyan gave a negative answer, noting that Artistic Directors work with another official.