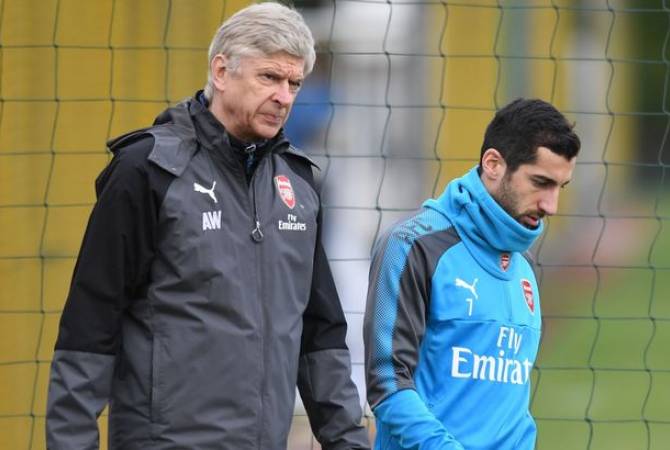 
YEREVAN, MAY 24, ARMENPRESS. Former Arsenal manager Arsene Wenger has expressed his astonishment that Henrikh Mkhitaryan won't be able to play in the Europa League final against Chelsea in Baku over fears for the Armenian international's safety, CNN reports.

"That's something that should not happen in football," Wenger, who brought Mkhitaryan to Arsenal, said in an interview on Thursday. "In the modern world, politically you cannot play a football game."

Wenger also addressed the low number of tickets allocated to fans of both clubs and overall the location of the match.

"It's a little bit of a nightmare," Wenger said of the journey fans going to the match. "But it's the same for both teams, a final is a final. The teams have no problem, they live in ideal conditions.

"They have their private jet with nice business seats -- but it's the fans (who suffer)."

The debacle was also debated at the British parliament.