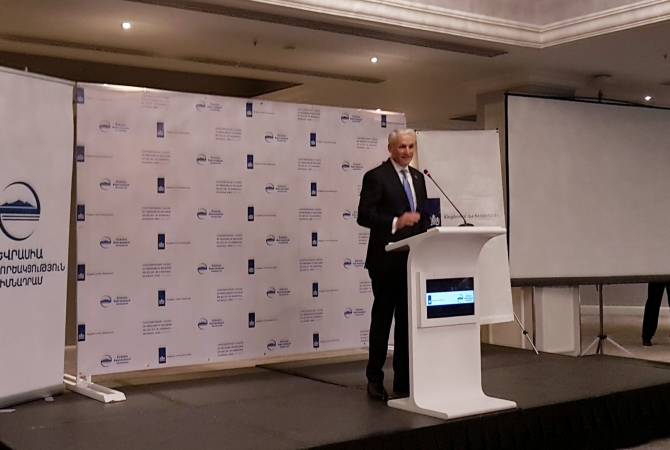 “The UN Human Rights Council constantly monitors the exercise of the right to freedom of religion and beliefs. Armenia and Georgia have received instructions from this commission and have taken welcoming actions on this direction. Armenia and Georgia respect human rights as a key priority of their agenda”, the UN Resident Coordinator said, however, he also outlined several problems.

Ombudsman of Armenia Arman Tatoyan assured that the freedom of the activity of regional organizations and regional minorities is very important and should be protected in the country. He considered this as a very important point which sets a bar for the protection of human rights. “The freedom of religion, faith and thought is closely linked with the other human rights and freedoms. The Armenian Apostolic Church had a key significance for the Armenian statehood. The Church has a great role in the preservation of the national values and traditions, as well as protection of human rights”, the Ombudsman said.

He assured that his Office carries out works for the protection of freedom of thought, religion.