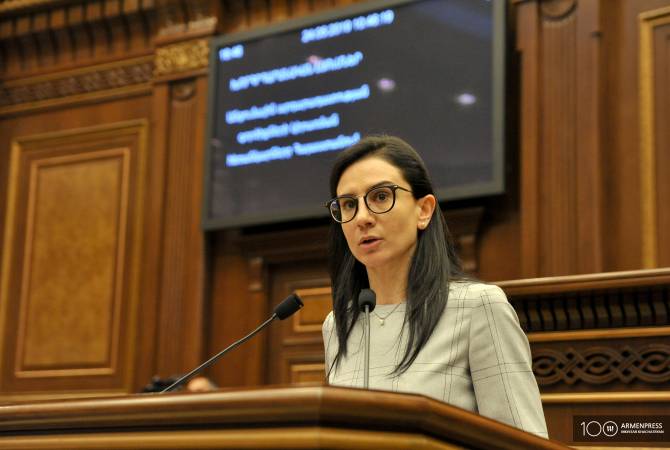 
YEREVAN, MAY 24, ARMENPRESS. The bill on Stolen Asset Recovery developed by a special task force set up by Prime Minister Nikol Pashinyan has been sent for international assessment, Deputy Minister of Justice Anna Vardapetyan said during parliamentary hearings on transitional justice.

She said as soon as the bill is returned, the task force will initiate discussions and broad public discussions will take place after finalizing the draft law.

The Deputy Minister said this bill should not be viewed as a tool for transitional justice.