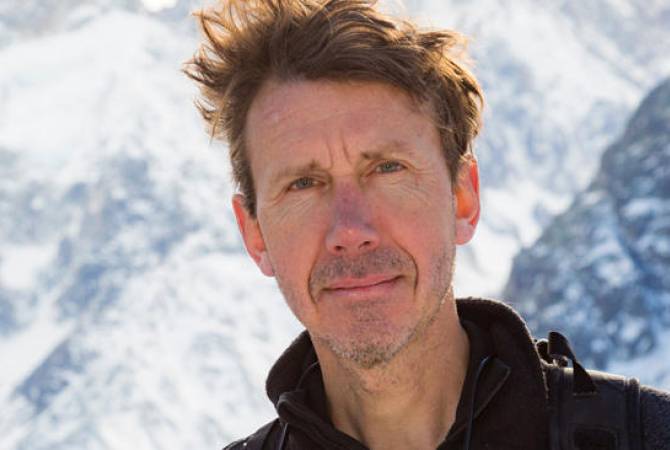 
YEREVAN, MAY 24, ARMENPRESS. In a few days Armenia will turn into a center of global analytical mind, hosting for the first time in history the Summit of Minds, an annual event traditionally held in Chamonix, France.

The event will be held in Armenia’s Dilijan town, gathering the world’s leading political and military figures, economists and businessmen, scientists and media representatives, who are going to discuss the challenges of the contemporary world, propose new ideas and establish new partnering relations.

Thierry Malleret, Summit of Minds Managing Partner, co-founder of The Monthly Barometer, gave an interview to ARMENPRESS ahead of the Summit, introducing the idea on holding the event in Armenia, their expectations, as well as talking about Armenia’s role in the contemporary world.

-Every year you organize the Summit of Minds, bringing together players from various sectors from all over the world. Tell us about the summit.

-The Summit of Minds is the annual, community gathering, of the Monthly Barometer – my main business. It is very much an “Ideas’ fair” - conceived around a carefully crafted program that provides a unique opportunity to share insightful and thought-provoking analysis around some of the most pressing global issues that we collectively face. The core purpose is to give our guests direct access to diverse individuals and ideas, based on the ‘strength of weak ties’ and serendipitous encounters in an atmosphere of mutual trust, partnership and open conversation. Even though participants are always very prominent thinkers and decision-makers, friendliness and informality define the Summit of Minds, which also combines hard thinking and learning with mindfulness and discovery. The program includes experiential activities both inside and out, with a strong emphasis on wellbeing and the importance of re-connecting with nature.

The annual Summit of Minds takes place in Chamonix, a magnificent mountain resort in the French Alps. This is important because an awe-inspiring yet informal mountain environment is conducive to greater creativity, clearer thinking and better decision-making. This is the precise reason why the Armenian Summit of Minds will take place in Dilijan. Like Chamonix, this is a magnificent and inspiring location.

-This year, Summit of Minds will be convened in Armenia – the first time ever that the forum is organized outside France. What was behind the decision on organizing the summit here?

-The idea to organize the Summit in Armenia stems from a conversation I had with Armenian President Armen Sarkissian last year September at the Summit of Minds in Chamonix. I have known him for many years and admire his ability to think out of the box and put forward new ideas. While in Chamonix the President came up with the concept of “Quantum politics” that got tremendous traction (so much so that an article was immediately published in the Financial Times about this new notion). We started to discuss it in greater detail, and think about what some of the societal and economic implications may be. That’s how the idea to bring the Summit to Armenia was born! There was also interest among some of our guests to know more about Armenia as an investment destination.

-What are the expectations from Armenian Summit of Minds?

-The overall expectation is that we have in Dilijan an insightful and candid conversation about the world in general and Armenia in particular. When this takes place, it’s normally a question of time before tangible outcomes start occurring. The Summit of Minds always makes the same commitment to its guests: that they leave the Summit with at least a new idea, a new friend and a new project.

-Our country has a rich history and was always on the crossroads of the ancient civilizations. Can Armenia today be that bridge between East and West?

-Yes it can! The more divided and polarized the world becomes, the greater the value of “nodes” that can establish connections between different regions, people, communities, systems and so on. Armenia is such a node because its rich history, intellectual and social capital endow the country the capacity to be such a node.

-In the rapidly changing world what role can Armenia have globally?

-Armenia is small country that has a global presence, or a tiny player with a global footprint. This gives it a considerable advantage. Yes: the world is changing very rapidly and in a very complex, unpredictable manner. This tends to give smaller countries (which, on average, tend to be more reactive and adaptive) a first-mover advantage.  Armenia has the additional advantage of having a population scattered around the world (albeit this was caused by an initial tragedy). It means it has “antennas” around the world and that it can in certain conditions benefit from positive network effects.

-Any chance the Armenian Summit of Minds can become an annual event?

-I’d be delighted! I started to visit your country in the early 1990s when I was an economist at EBRD, and dreamt for many years of coming back. Having a regular Summit of Minds in Armenia would be great. I would also like to contribute (at my very modest level) to the development of Armenia as an amazing outdoor / wellness destination. These are two of the industries of the future.