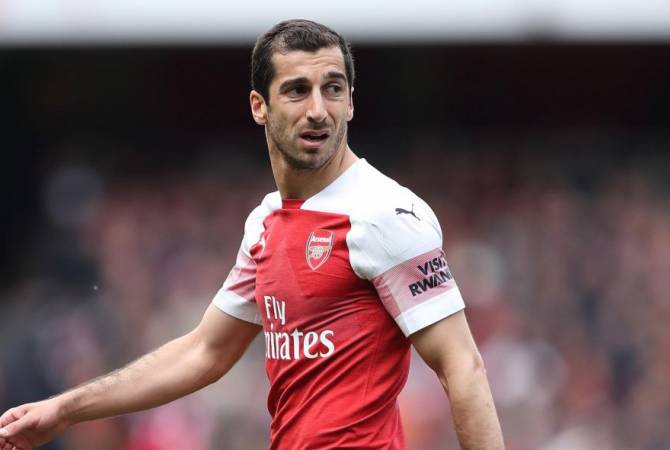 
YEREVAN, MAY 23, ARMENPRESS. Amid growing anger over Henrikh Mkhitaryan’s omission from the Arsenal vs. Chelsea Europa League final in Baku, Amnesty International UK warned of the ongoing government crackdown of human rights in Azerbaijan.

“We must ensure that Azerbaijan isn’t allowed to ‘sportswash’ its appalling human rights record as a result of the football fanfare” – Kate Allen, Amnesty International UK’s Director, said.

Kate Allen, Amnesty International UK’s Director, said: “Fans will be glued to their TVs during this game, but we must ensure that Azerbaijan isn’t allowed to ‘sportswash’ its appalling human rights record as a result of the football fanfare.

“Azerbaijan is in the grip of a sinister human rights crackdown, with journalists, bloggers and human rights defenders being ruthlessly targeted. Unfair trials and smear campaigns remain commonplace.

“LGBTI people have been arrested, and even people fleeing the country have been harassed and pressured to return.

“Fans, players and backroom staff can help prevent Azerbaijan’s likely attempt to sportswash its image by informing themselves about the human rights situation behind the glitzy facade of Wednesday’s match.

“All too often, governments are using high-profile sporting competitions to distract attention from repressive policies and human rights violations, to instead project an image of openness. This couldn’t be further from the truth with the current administration, and the Arsenal-Chelsea clash is just the latest reminder of this.”

Amnesty International UK also reminded about the “intensified crackdown” on freedom of expression in Azerbaijan, citing mass arrests, silencing of the media and NGOs, unfair trials and other human rights violations.