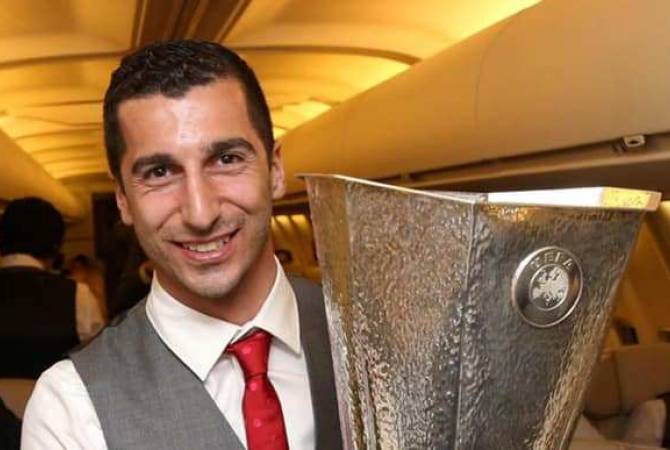 
YEREVAN, MAY 21, ARMENPRESS. Shortly after Arsenal confirmed the team won’t be taking Henrikh Mkhitaryan with them for the Europa League final in Baku, the Armenian international himself commented on the matter, expressing disappointment.

“Having considered all the current options, we had to take the tough decision for me not to travel with the squad to the Europa League Final. It‘s the kind of game that doesn’t come along very often for us players and I must admit, it hurts me a lot to miss it. I will be cheering my teammates on! Let‘s bring it home,” he wrote on Facebook, posting a photo of whim holding the UEFA cup.