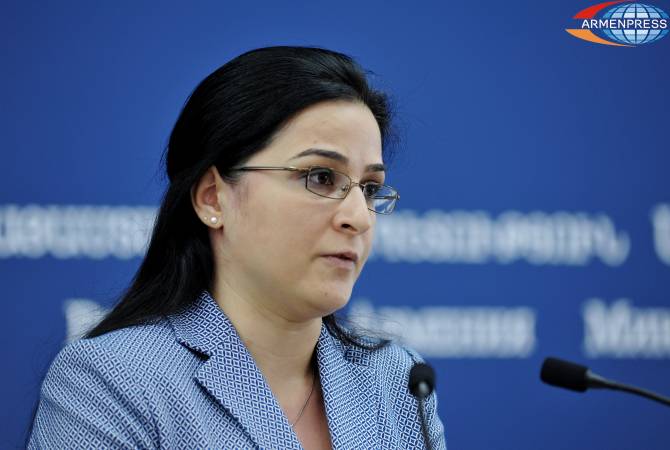 “Holding large-scale military exercises without notifying in advance is a violation of the OCSE commitment by Azerbaijan and doesn’t contribute to the formation of peace and trust environment in the region. Of course, this issue will be raised by Armenia’s Permanent Representation to the OSCE. Such manifestations of military force do not contribute to the implementation of Azerbaijan’s commitment on creating favorable environment for peace”, Naghdalyan said.

According to the 2011 Vienna Document’s Chapter 5, point 40.1.1, military activity will be subject to notification whenever it involves at any time during the activity at least 9,000 troops, including support troops, or at least 250 battle tanks, or - at least 500 ACVs, or at least 250 self-propelled and towed artillery pieces, mortars and multiple rocket-launchers (100 mm calibre and above).

Azerbaijan is hold large-scale military drills from May 20 to 24. Horizon Weekly reports the five-day military drills involve up to 10,000 military personnel, 150 tanks and other armored vehicles, about 200 missiles and artillery systems, multiple launch rocket systems and mortars, and 35 jets and helicopters.