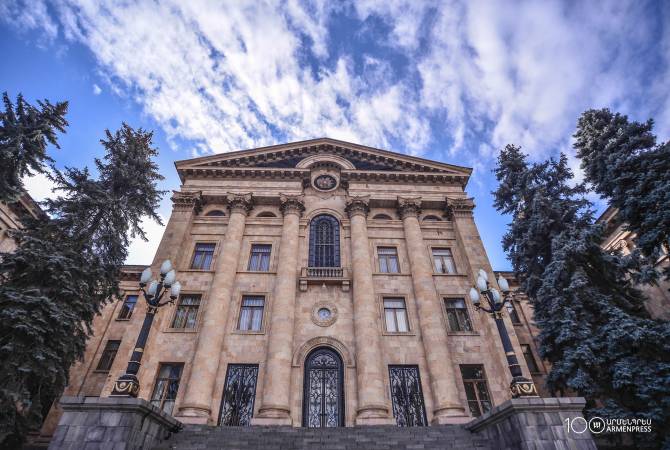 
YEREVAN, MAY 21, ARMENPRESS. The Parliament of Armenia will hold an extraordinary session on May 22 by the initiative of Bright Armenia party, the party’s spokesperson Aren Petunc said on Facebook.

“As earlier reported, the Bright Armenia party has initiated to hold an extraordinary session of Parliament to discuss the events of the past day. 18 lawmakers from the Prosperous Armenia party joined the initiative”, he said.

Based on the agreement reached with the ruling My Step faction, the session will take place on May 22, at 11:00.

On May 20 the Bright Armenia faction made a decision in its session to convene an extraordinary session of Parliament, and for that purpose it has launched a petition. The faction proposes to discuss the current situation in Armenia during the session which was created due to the blockings of courthouses by the citizens based on the PM’s call, as well as the PM’s statement on the possibility and prospect of making judicial reforms.

The faction has called on the MPs of the ruling My Step and opposition Prosperous Armenia factions to join the initiative.

UPDATED: My Step faction head Lilit Makunts says the Bright Armenia faction doesn’t have even the preliminary agreement of the My Step faction to hold an extraordinary session with the formulations which were proposed. “I have told this to Mr. Gorgisyan yesterday and just a few minutes ago also to Mr. Marukyan”.