From former French PM up to Security Advisor of Obama’s administration: Armenia is hosting the Summit of Minds | ARMENPRESS Armenian News Agency

From former French PM up to Security Advisor of Obama’s administration: Armenia is hosting the Summit of Minds 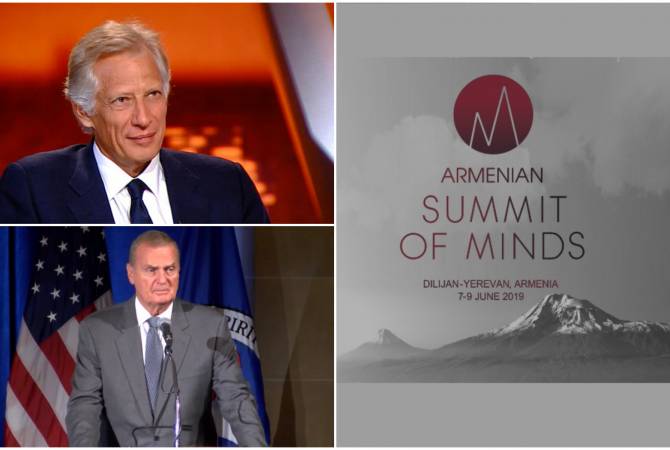 
YEREVAN, MAY 21, ARMENPRESS. More than 100 leading political and military figures, scientists and analysts, businessmen and entrepreneurs have officially confirmed their participation in the famous French Summit of Minds which will take place in Armenia for the first time.

The Armenian Summit of Minds will take place in Dilijan town from June 7 to 9. An agreement on holding the event in Armenia was reached in September 2018 when Armenian President Armen Sarkissian was taking part in the annual Summit of Minds as a keynote speaker.

Armenia is the first country to host the event outside Chamonix.

The event organizers say holding this event in Armenia will contribute to raising the country’s international ranking. The Summit is a unique opportunity to present Armenia’s potential, develop new cooperation directions and establish business ties.

One of the main features of the event is the cultural part, including visits to Armenia’s historical-cultural sites to introduce the Summit participants on the history and culture of Armenia and its people.