10% of Yerevan’s public transportation fleet to be electric 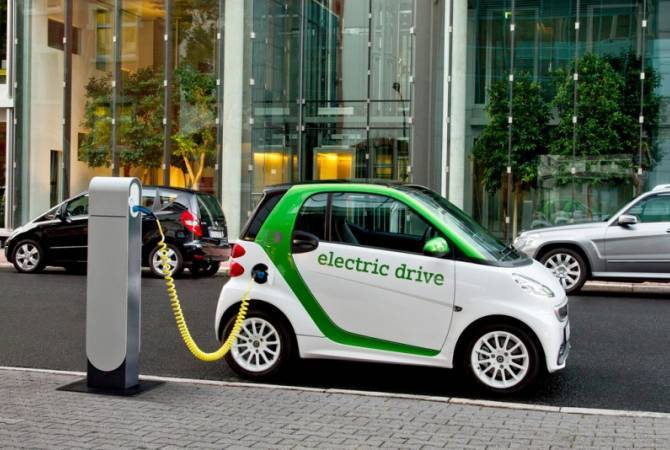 
YEREVAN, MAY 21, ARMENPRESS. Significant infrastructural developments for electric cars will take place in Armenia in 2020, and as a result the number of charging stations will grow.

“The Electric Mobility in Armenia Program within the Global Environmental Fund – 7 is currently under discussion. It provisions both the creation of electric vehicle charging stations and the opportunity of acquiring the cars,” Lusine Avetisyan, Director of the Department for Monitoring of Environmental Strategic Programs under the Minister of Nature Protection told ARMENPRESS.

Currently, there are 9 electric vehicle charging stations in Armenia, 4 of which in Yerevan, however these stations are designed only for Tesla cars. The new project envisages creating universal stations. Avetisyan said they’ve already received proposals on building charging stations from different manufacturers.

The electric vehicle infrastructural development initiative is no coincidence. The Government of Armenia has put forward an objective to promote electric vehicles in the country. One of the steps aimed at this is granting privileges. Currently, in addition to exemption from emission taxes, people in Armenia will have the chance to be exempt from VAT upon selling or importing electric vehicles. The bill has been approved at first hearing in parliament, pending finalization.

According to data provided by police, only 15 people drive electric vehicles in Armenia as of now.

The 700,000 Euro worth project will be directed for the acquisition of 12 electric vehicles and 3 charging stations, according to preliminary agreements. “Under the terms, the co-funding will be carried out by 1:7 ratio, for every dollar coming from the GEF the country must provide an additional 7 dollars in co-funding, however it doesn’t necessary have to be state funds, these can be private sector investments,” she said, noting that the investments can comprise renewable energy projects, re-charging projects or other initiatives.

The Yerevan City Hall, in turn, seeks to have a more environmentally friendly city.

Mayor Hayk Marutyan’s spokesperson Hakob Karapetyan reminded that the mayor once noted that Yerevan must transform into a city for pedestrians from a city of cars.