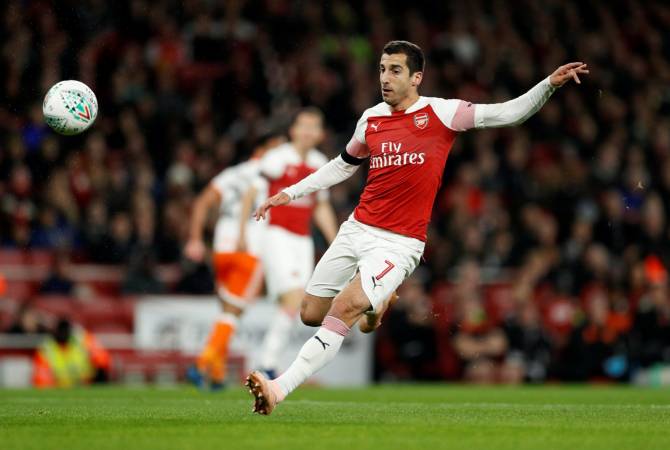 
YEREVAN, MAY 21, ARMENPRESS. The Armenian Ministry of Foreign Affairs has weighed in on the situation around Henrikh Mkhitaryan and the Arsenal vs. Chelsea Europa League final in Azerbaijan.

Foreign Ministry spokesperson Anna Naghdalyan said at a press briefing that Azerbaijan’s failure to provide sufficient security guarantees for Mkhitaryan and banning the entry of fans who are presumably of Armenian descent is a “new manifestation of racism”.

“If the Azerbaijani side were to provide relevant security guarantees, which would satisfy both Henrikh Mkhitaryan and his team, then the foreign ministry has no objection on Henrikh Mkhitaryan’s participation in the upcoming Baku match,” Naghdalyan said.

Regarding the ban of entry of fans who are presumably of Armenian origin, Naghalyan said Armenia will raise the issue before international partners.

“We would’ve commended If the Azerbaijani side were committed to the principle that sports is above politics. Moreover, manifestations of racism and xenophobia cannot have any place in sports. In this regard, Azerbaijan’s failure to provide guarantees and banning the entry of fans who are presumably of Armenian origin is nothing but a new manifestation of racism, and it questions the organization of such level international events in Azerbaijan. With this match Azerbaijan had the chance to show to what extent it truly is ready to prepare populations for peace, however not only didn’t we see any contribution in this direction, but we also witnessed new racist manifestations. Naturally we will raise this issue to our international partners,” she said.

The Europa League final, where Arsenal face Chelsea, will take place May 29th in Baku, Azerbaijan.

Armenian international Henrikh Mkhitaryan, the midfielder of Arsenal, is expected to miss the match due to safety concerns as Azerbaijan bans Armenian citizens from entering the country due to the Nagorno Karabakh conflict.

Arsenal had earlier slammed UEFA for organizing the final in Baku.

The Gunners are expected to not take Mkhitaryan to Baku due to security concerns, and also because the situation might impact other players.