IMF Executive Board approves US$248.2 million Stand-By Arrangement for Armenia 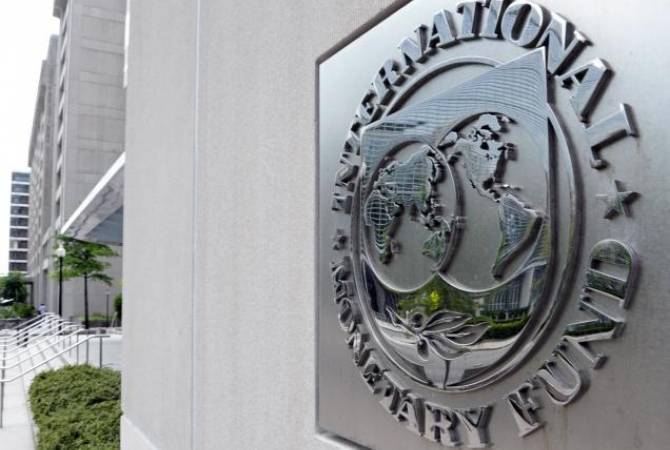 
YEREVAN, MAY 20, ARMENPRESS. The IMF approved a 36-month Stand-By Arrangement (SBA) for Armenia amounting to about US$248.2 million. The Armenian authorities have indicated that they will treat the arrangement as precautionary, and do not intend to draw on the new SBA unless shocks generate balance of payments needs, the Central Bank of Armenia told Armenpress.

The SBA will support the authorities’ efforts to strengthen the economic fundamentals and policy frameworks. It will also help effective implementation of structural reforms, particularly relating to governance and improving business climate.

The authorities are committed to a sustainable fiscal path, supported by the fiscal rule, while creating space for critical spending in enhancing infrastructure and social spending.

The Executive Board of the International Monetary Fund (IMF) approved a 36-month Stand-By Arrangement (SBA) for Armenia amounting to SDR 180 million (about US$248.2 million or about 139.75 percent of Armenia’s quota in the IMF).

Upon the Board's approval, an amount equivalent to SDR 25.714 million (about US$35.5 million) becomes immediately available to Armenia, and the remaining amount will be made available, subject to six semi-annual reviews.

In addition to providing insurance against shocks, the arrangement will support the authorities’ efforts to strengthen the economic fundamentals and policy frameworks. It will also help effective implementation of structural reforms, particularly relating to governance and improving business climate.

“Armenia has continued to make progress in recent years in maintaining macroeconomic and financial stability and in implementing structural reforms to promote growth. Economic activity has strengthened, and public debt has started to decline. Inflation is under control, the financial system remains stable, and international reserves are assessed to be adequate. Nonetheless, continuing reform efforts are needed to support a more balanced and inclusive growth, by reducing imbalances, improving the business climate and strengthening governance, and advancing measures to reduce poverty and unemployment. The three-year Stand-By Arrangement will support the authorities’ objective of moving toward a more dynamic, sustainable, and inclusive economy. The precautionary nature of the arrangement will provide insurance against external shocks. The authorities are committed to a sustainable fiscal path, supported by the fiscal rule, while creating space for critical spending in enhancing infrastructure and social spending. These objectives need to be accompanied by measures to improve tax administration and modernize property taxation.

Further strengthening of the monetary policy framework will improve the effectiveness of monetary policy and help bring inflation back to its medium-term target. Measures will also be taken to safeguard the financial system, further develop capital markets, and improve access to finance. The decisive implementation of a strong package of structural reforms will help foster sustainable and inclusive growth through measures that promote private sector development, attract more FDI, and increase diversification. Steps to enhance human capital and increase female labor force participation will also be helpful”.

Against this backdrop, the newly formed government, which took office after the 2018 peaceful political transition, launched a five-year economic program in February 2019. This watershed moment created a new opportunity for Armenia to deal with the oligarchical economic system and combat corruption.

The government program is centered on advancing structural reforms to generate a broad-based inclusive growth and strong policies to maintain macroeconomic stability. To support this program, the authorities have requested a Stand-By Arrangement (SBA) with the Fund.

The government’s program for 2019-23, supported by the SBA aims to maintain macroeconomic stability and promote higher and more inclusive growth. It is based on four pillars: (i) anchoring fiscal policy on the fiscal rule to maintain debt sustainability, and creating space for priority (social and capital) spending; (ii) further strengthening of the monetary policy framework and maintaining a flexible exchange rate system; (iii) safeguarding the financial system and improving access to finance; and (v) implementing a strong package of structural reforms, with renewed emphasis on inclusiveness and governance.

Promoting Growth-friendly Fiscal Consolidation. The new arrangement will support the authorities’ prudent fiscal consolidation plan, guided by the fiscal rule, to bring central government debt to below 50 percent of GDP in the medium term. This will be accompanied by strong efforts to enhance revenue mobilization to help create space to boost growth-enhancing infrastructure and social spending. In addition, the authorities’ tax reform plans will be accompanied by sustainable compensating measures to offset expected revenue shortfalls, and more targeted measures toward the poor to make the tax system more progressive. Meanwhile, structural fiscal reforms will aim to strengthen public financial management to buttress fiscal discipline and protect essential expenditure, including foreign-financed capital spending.

Enhancing Resilience and Promoting Deepening of the Financial Sector. Drawing on the 2018 financial sector assessment program, the Central Bank of Armenia will aim to (i) safeguard financial stability by improving the risk-based supervision framework; (ii) strengthen macroprudential measures in light of high levels of dollarization; (iii) enhance banks’ foreign currency liquidity buffers; and (iv) further develop capital market to mobilize a growing supply of long-term domestic capital to fund economic developments and channeling it to the economy.

Reinvigorating Structural Reforms. The new program aims to help the authorities: (i) strengthen governance and institutions, which has been a long-standing issue; (ii) improve the business environment to attract investment and ignite more inclusive and durable growth; and (iii) enhance social safety net programs to include better education and health care access for the most vulnerable.